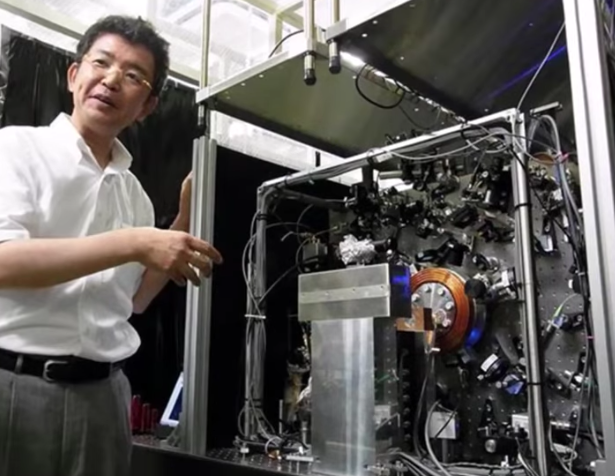 On October 3rd, two high-accuracy clocks were placed in Tokyo Skytree. One was installed on a ground floor meeting room, while the other went all the way to the observation deck, 634 meters up. They were put there by a group of scientists from The University of Tokyo. Why? To test Einstein's theory of relativity, of course.

An engineering professor at the University of Tokyo, Hidetoshi Katori, made the time-keeping devices -- called optimal lattice clocks -- back in 2005. They're believed to be some of the most accurate in the world.

According to Einstein's theory of relativity, time should move faster on the observation deck than at the bottom floor. Professor Katori is hoping to prove just that. His clocks will be left in place for two months before the data is to be analyzed. Theoretically, after a single month, the time difference between the two clocks should be 0.13 microseconds. To give you an idea of how tiny a microsecond is, if you wanted to create a lag of a single second, the clocks would have to stay in place for 700,000 years.

If this experiment is a success, then next it will be tried on Mount Fuji.

More on the experiment can be found here at Asahi Shimbun and this video (Japanese).