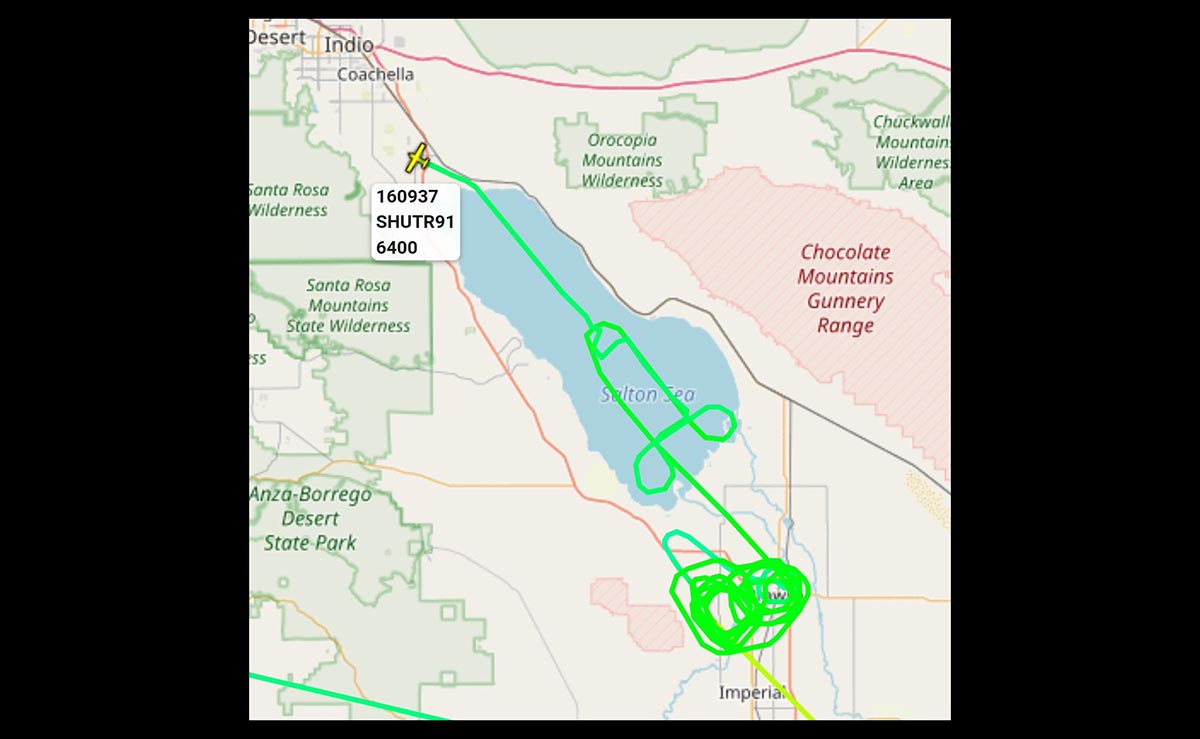 Maj. Josef Patterson, spokesman for 3rd Marine Aircraft Wing, told the Marine Corps Times that the aircraft in question belongs to Marine Fighter Attack Training Squadron 101. Patterson could not say whether the pilot was an instructor or in training.

"Obscene or inappropriate actions, flight or not, do not reflect the core values we hold as Marines," Patterson told NBC 7 San Diego.

Somebody needs to have a word with the crew of US Navy T-34C 160937 SHUTR91 out of MCAS Miramar ?? pic.twitter.com/WgrgkKzRln