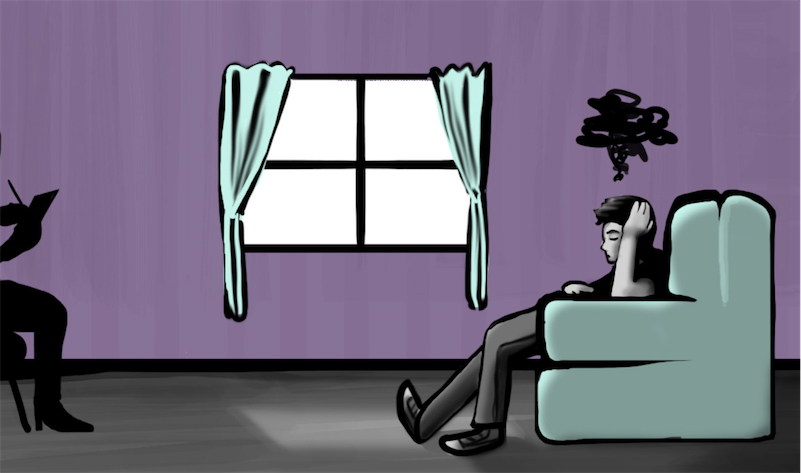 Over at YR (formerly Youth Radio), Desmond Meagley wrote and illustrated a moving, sad, and ultimately hopeful personal story about being committed to the psych ward at age 14. From "5150'd: My Journey Through a Psych Ward":

After I had a meltdown in the middle of my sixth grade class, my school gave my family an ultimatum: if I was going to be enrolled there, I also had to be in therapy. Just like that, my struggle to be heard was confined to dimly lit sessions with the school counselor and an outside therapist. I tried to be honest with them, but I was a little too young to grasp what was at the root of my mental health issues. I was also scared of what might happen if I was *too* honest.

I was getting used to pushing my mental health aside, believing that I would eventually grow out of my depression and anxiety… even though they were getting worse.

That’s the thing about chronic mental illness: you don’t grow out of it. It grows with you, getting smarter, more mature, more convincing. Constantly having to outsmart the worst parts of your own brain is a nightmare.

John Brownlee lost his father to a heart attack. But it was Bruce Brownlee’s depression that slowly killed him: My Father The Werewolf. “I think about my father’s generosity a lot. My father was generous, but he was also depressed, and the nature of depression is to be selfish: to starve those who love you […]