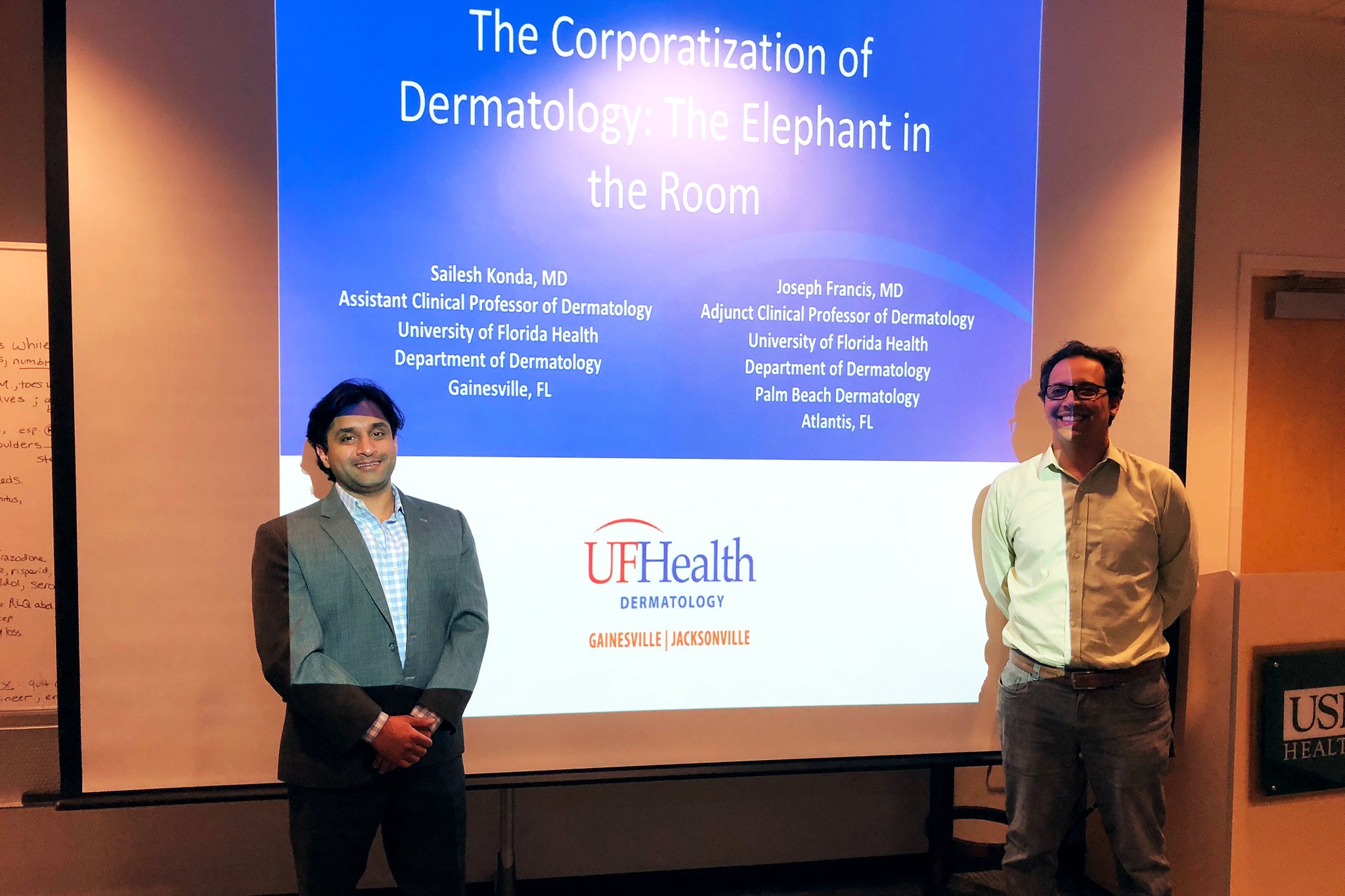 On October 5, the Journal of the American Academy of Dermatology published a peer-reviewed article by Drs Sailesh Konda and Joseph Francis, enumerating the problems with the burgeoning field of "corporatized," private-equity-backed dermatology practices, often affiliated with private-equity-backed pathology labs, showing data to support the conclusion that private equity investment flowed to dermatology practices that were "outliers" in performing rare, high-cost procedures, including some that generated outsized Medicare billings.

The article sparked a flood of complaints from private-equity-affiliated dermatologists, including legal threats. Journal editor Dr. Dirk Elston caved and removed the paper, citing "concerns about the accuracy of a few parts" of the article.

The editors told the authors that they would have to correct "factual errors" to have the article reinstated, but the authors said that the requested corrections were not related to factual errors, but rather to true facts that put the leaders of the American Academy of Dermatology in a bad light.

Dermatologists represent 1% of US medical practices and 15% of medical private-equity acquisitions.

Among those who objected to the article was Dr. George Hruza, the incoming president of the American Academy of Dermatology. Dr. Hruza, whose one-year term as president begins in March, is a dermatologist in Chesterfield, Mo. In 2016 he sold his own dermatology practice to United Skin Specialists, a firm that manages dermatology practices and is backed by private equity. He currently serves on the board of directors of United Skin Specialists, which he said is an unpaid position.

Dr. Hruza is not named in the journal article, but he said he is easily identified by the authors’ reference to his pending presidency of the academy, and to United Skin Specialists.

In an interview, Dr. Hruza said he did not ask that the paper be taken down. He did, however, confirm that he expressed his concerns to Dr. Elston, the editor, after it was posted. Two days later, Dr. Elston removed the paper. A flurry of intense conversations ensued among Dr. Elston; Dr. Hruza; the current academy president, Dr. Suzanne Olbricht; a lawyer for the dermatology academy; and the paper’s authors.