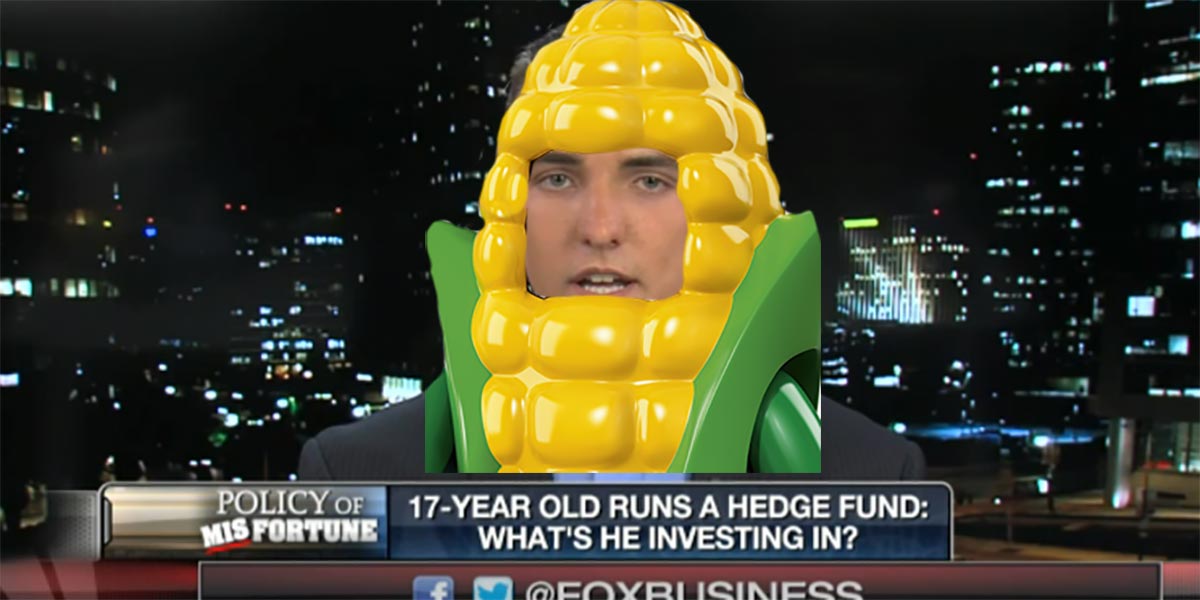 Far-right Twitter troll Jacob Wohl (age 20) looks like he could be in a heap o' trouble. The banned-for-life ex-futures trader recently announced that he was in possession of an investigator's report alleging that Mueller raped a woman in 2010. Wohl gave the report to a right-wing website, The Gateway Pundit, which published the report. But there are more holes in his story than Swiss cheese. And now the FBI is investigating this as a possible fraud.

Wohl denies having any connection to the investigation firm, Surefire Intelligence, but DNS records show that Wohl himself registered the domain:

Jacob, you are in WAY over your head with this one. Why the lies then? pic.twitter.com/3NGdbyQLo1

Also, look at the photo of Surefire Intelligence's managing partner, "Matthew Cohen." It's Wohl, as can be seen by comparing the photo with a photo of Wohl:

And the phone number for Surefire Intelligence? Why, it's young Master Wohl's mommy:

Other members of Surefire Intelligence use photos from models' websites:

The FBI is now investigating this possible scam against Mueller, after a woman contacted reporters to tell them that she'd been offered money to claim Mueller sexually harassed her.

Multiple reporters were contacted over the past few weeks by a woman who said she had been offered money to say she had been harassed by Mueller, the special counsel who is probing possible collusion between the Trump campaign and Russia. After investigating, according to the political website Hill Reporter, the reporters each independently determined the allegations of misconduct and harassment were likely a hoax and that it was unclear if the woman had been offered money to make the claim. The reporters then contacted the special counsel's office to report that they had been approached about the scheme.

While investigating the possibility of a hoax, the Hill Reporter's Ed Krassenstein, who was one of the reporters contacted, said he received threats, including a text message reading, "You're in over your head…. Drop this" which included his and another editor's home addresses.

Even Gateway Pundit is distancing itself from Wohl, saying:

We took the documents down and we are currently investigating these accusations.

There are also very serious allegations against Jacob Wohl.

We are also looking into this.

There is still a press conference scheduled for Thursday at noon in Washington DC.

Maybe Wohl's important pal will save him: