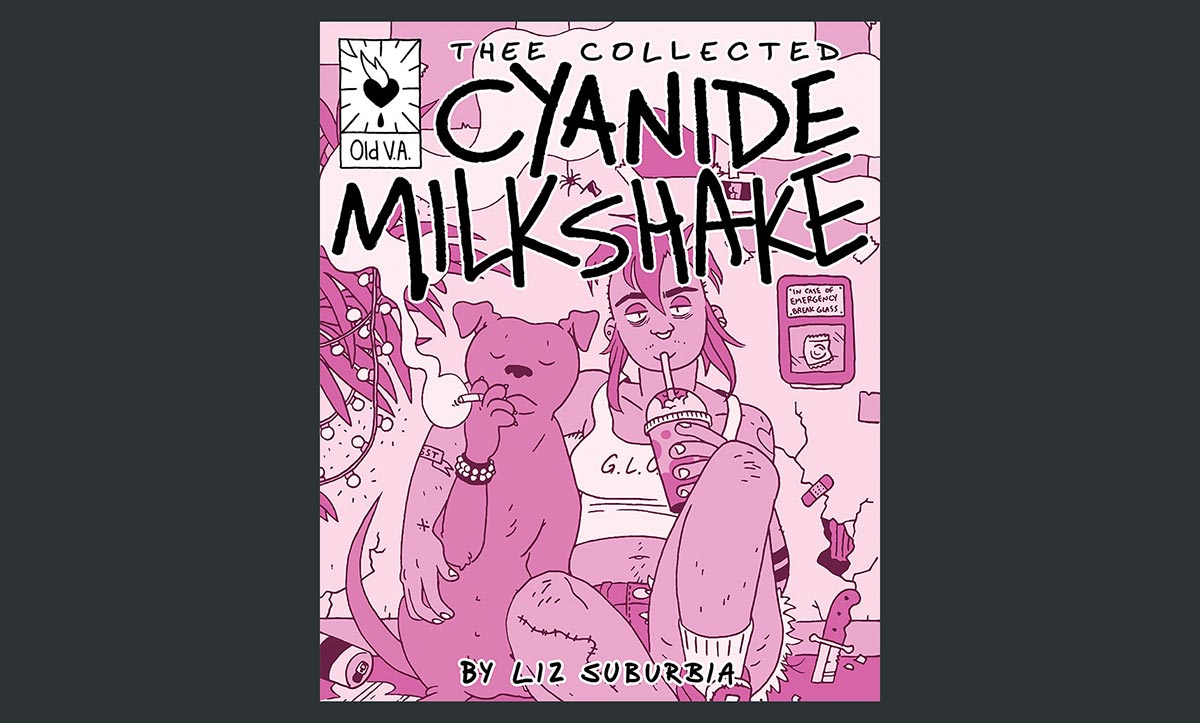 Artist Janelle Hessig (who was a guest many times on Boing Boing's retired Gweek podcast) has launched a comic book publishing company in Oakland called Gimme Action. Tomorrow Gimme Action is releasing a new comic anthology by Liz Suburbia (who wrote and illustrated the excellent Sacred Heart in 2015).

As Janelle describes it, "the book takes you on a journey from hilarious single panel gags (a la Mad Magazine) to deeply personal autobio strips about subjects like anxiety and street harassment to horny sci-fi (favorite new genre?). If it sounds jam-packed, that's because it is. But it never feels fractured or inconsistent as it takes readers through a variety of experiences. Cyanide Milkshake is personally very precious to me and I feel honored that Liz has trusted me with her genius work. I truly believe this book will make the world 176 pages less shitty. It feels worthwhile to note that this book was created by a woman, published by a woman, printed by a women-owned press, and debuts at a women-run comic convention (Short Run in Seattle)."