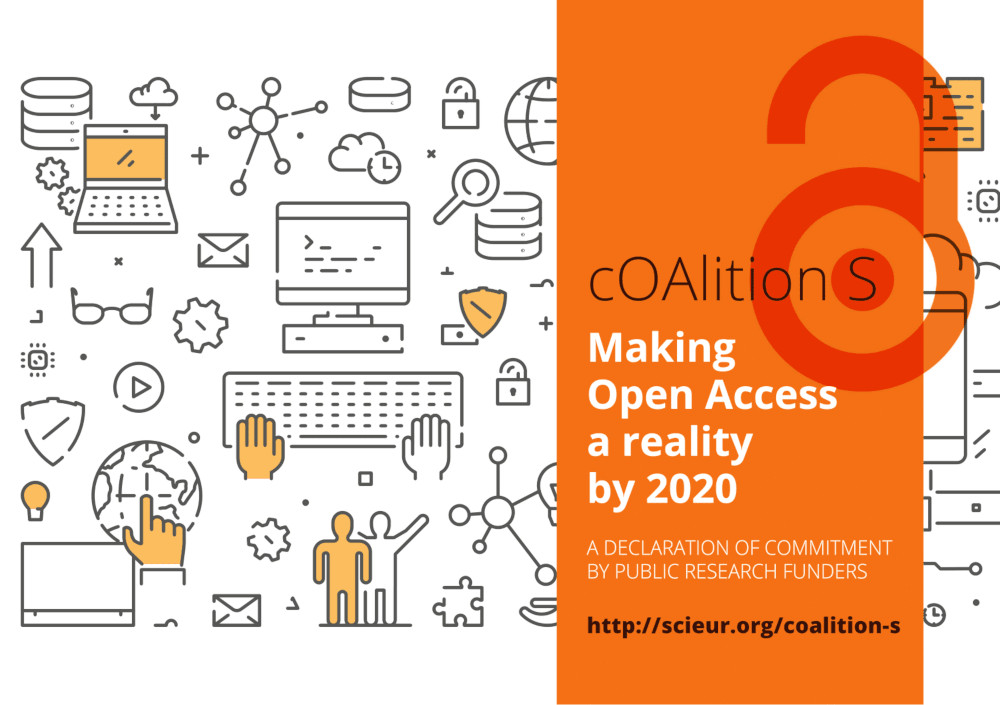 In September, a consortium of 11 of Europe's largest science funders announced, "Plan S," whereby they would no longer fund research unless the grantees promised that the results would be published in an open access journal, which anyone could read and copy for free. Two more funders quickly signed up after the announcements, bringing the total to 13.

Now, Europe's two largest science funders have joined the consortium: The Wellcome Trust and the Gates Foundation, and with these 15 funders backing Plan S, nearly all science research in Europe will be open access.

Plan S does not allow "hybrid" journals which mix open access and paywalled science, though Wellcome will continue to fund research for hybrid publication until 22, but only if the journal has a "transformative OA agreement" promising to transition away from its paywall.

Another exception to Plan S allows publication in paywalled journals provided this takes place simultaneous with deposit in an open repository such as PubMed Central.

Some publishers have bifurcated their journals, making them partially open access, but only for research funded under an open access mandate.

Open access has gone from a fringe issue to one of global import. In 2013, the young technologist and activist Aaron Swartz hanged himself while facing 13 felony counts for accessing scientific papers over MIT's network, and his death created a sense of urgency for the issue that has not faded.

The open access portal Sci-Hub makes the entire corpus of scientific literature available for free, without permission, and has been the subject of widespread internet censorship orders, as giant science publishers like Elsevier seek to block it on the national level. Sci-Hub's founder, Alexandra Elbakyan, has explicitly cited Swartz as her inspiration for starting the site. (You can access Sci-Hub through its unblocked Taiwanese mirror)

Paywalled journal publishers argue that the very high prices they charge for access to their publications are necessary to maintain quality standards, but a peer-reviewed study of the publishers' contributions to scientific papers has found these to be negligible. The major publishers have contributed to the case for putting them out of business by publishing fake, for-pay journals filled with junk science defending the propositions of controversial corporate funders, who used the fake journals as evidence to support legal lobbying that would enhance their profits.

Many fields of scientific and scholarly endeavor are essentially held hostage to the paywalled journals: the journals have the highest "impact factor" (that is, papers published with them are most likely to be cited in other papers), which is critical to academic progress and tenure. Because of this, the journals attract the best papers that everyone in the field needs to read, and so institutions are pressured to pay sky-high access fees (which often only guarantee access for so long as a recurring fee is paid, and when the institution drops its subscription, it loses that access), so researchers can read the papers they need to do their work, which they submit back to the journals, making the lock-in stronger.

Plan S also states that scientists can’t publish in ‘hybrid’ journals, which collect subscriptions and charge for some papers to be made OA. Wellcome says that it will stop paying OA fees for articles published in hybrid journals. But it will not bar papers resulting from research it has funded from hybrid journals if the authors can find another way to pay, or if a journal agrees to let authors also post their accepted manuscripts elsewhere at the time of publication under OA terms.

Kiley adds that until 2022, Wellcome will also support hybrid journals if their publishers have made ‘transformative OA agreements’ and are en route to becoming OA. These might include, for instance, ‘read and publish’ deals in which an institution’s subscription fees also cover the costs of their researchers publishing openly in a hybrid journal.

Essentially, this follows the spirit of statement by the backers of Plan S that some hybrid-journal publishing would be allowed for a transitional time.