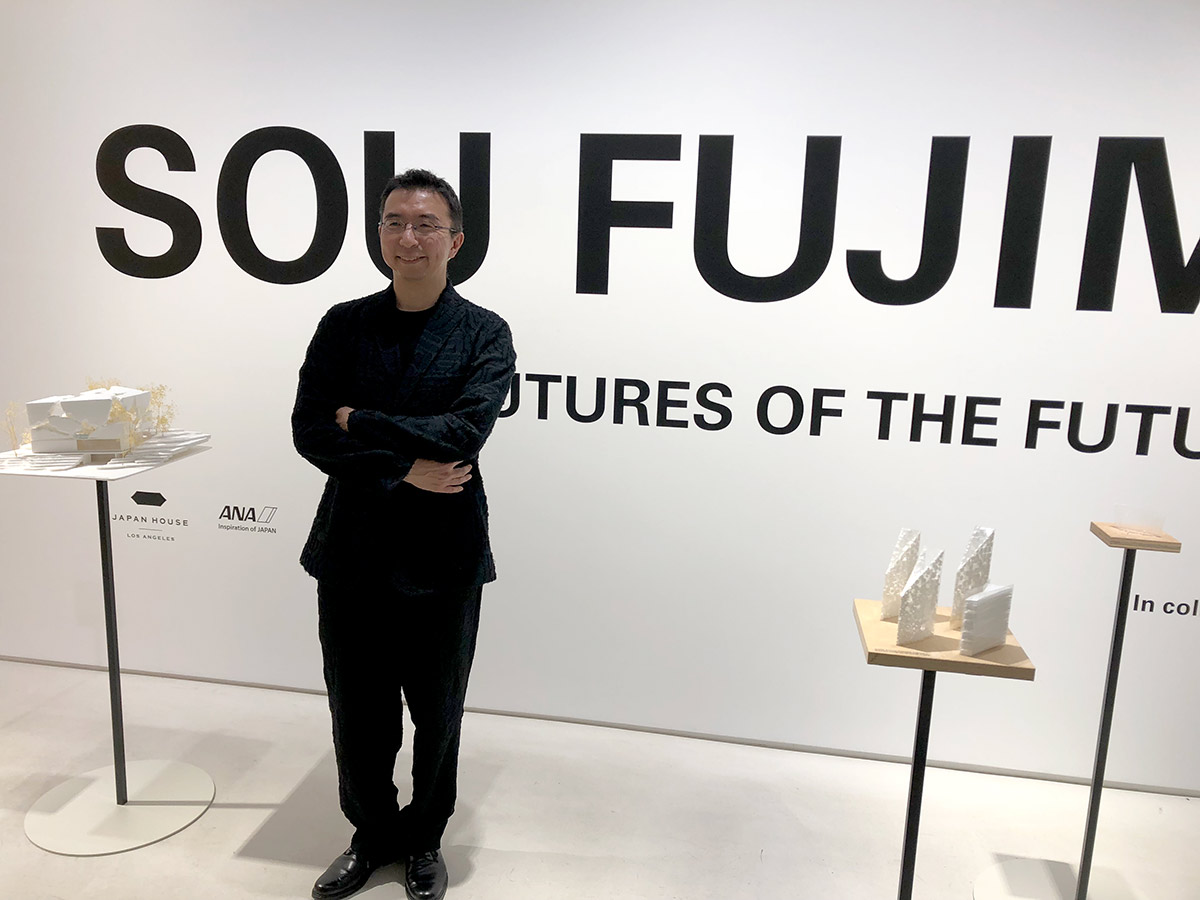 Last week, Carla and I attended Sou Fujimoto: Futures of the Future, a new exhibit of 100 architectural models at Japan House LA in Hollywood. Fujimoto is well-known in Japan and Europe for his striking architecture that explores the boundaries between simplicity and chaos (what science fiction author Rudy Rucker calls the "Gnarl"). The gnarl is the sweet spot where things are interesting and appealing.

In this exhibition, Fujimoto's architectural models are arranged on small stands in a large room. Each model has tiny human figures in and around it to give you a sense of the scale of the structure. One of the models is a stack of potato chips. It comes to life with the human models gathered around it. Another building is just a bumpy dish sponge. The little people are standing in the bumps. It is surprisingly evocative. Other models are made from foam core and sticks. Fujimoto makes these models to try to answer questions like "What if the inside is also the outside?"

The walls of the exhibition room are covered by floor-to-ceiling photographs of buildings designed by Fujimoto from around the world. I couldn't stop looking at Fujimoto's "House NA," a multi-level residence in western Tokyo. It's tiny, cozy, transparent, and full of surprises. Fujimoto gave a lecture that night and he said he wanted to make a house that made you feel like a monkey jumping from one branch to another. Some of the levels in the house are just big enough for one person to sit in. I am in love with this house. Here's a video of House NA: