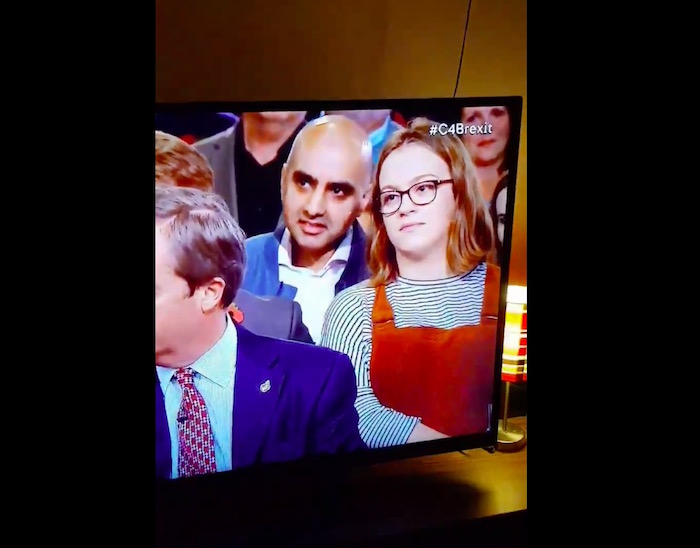 Nothing says "What bullshit!" better than a perfect eye-roll. And 21-year-old student Harriet Ellis said just that to right-wing Nigel Farage, with a perfect roll of her eyes during a Brexit debate yesterday. She punctuated her eye-roll with a subtle "I can't believe this" shake of her head. Her tweet about it went viral, receiving 46,000 likes so far.

How we ALL feel when cock head Nigel Farrage opens his mouth #c4brexit #brexit pic.twitter.com/UmCXd7WmJm

There’s been a lot of competition this year, but this has to be the greatest eye-roll of 2018. pic.twitter.com/bB2stJh1Ku

Thanks for all the kind words, this is indeed me! pic.twitter.com/FsEfKo8LyF

Joe Navarro is a body language expert and a former FBI agent. In this Wired video, he explains the body language and facial expressions of mobsters like Bugsy Siegel, Mickey Cohen, and John Dillinger. See also: A former FBI spy catcher shows how to read body language Image: YouTube/Wired

Dr. Jack Brown is a body language expert. On his site Bodylanguagesuccess.com, the Las Vegas physician shares his analyses of the nonverbal communication exhibited by people in topical videos. I’ve been reading his site for sometime now and I think he does an incredible job explaining what can be seen by really looking at someone’s […]