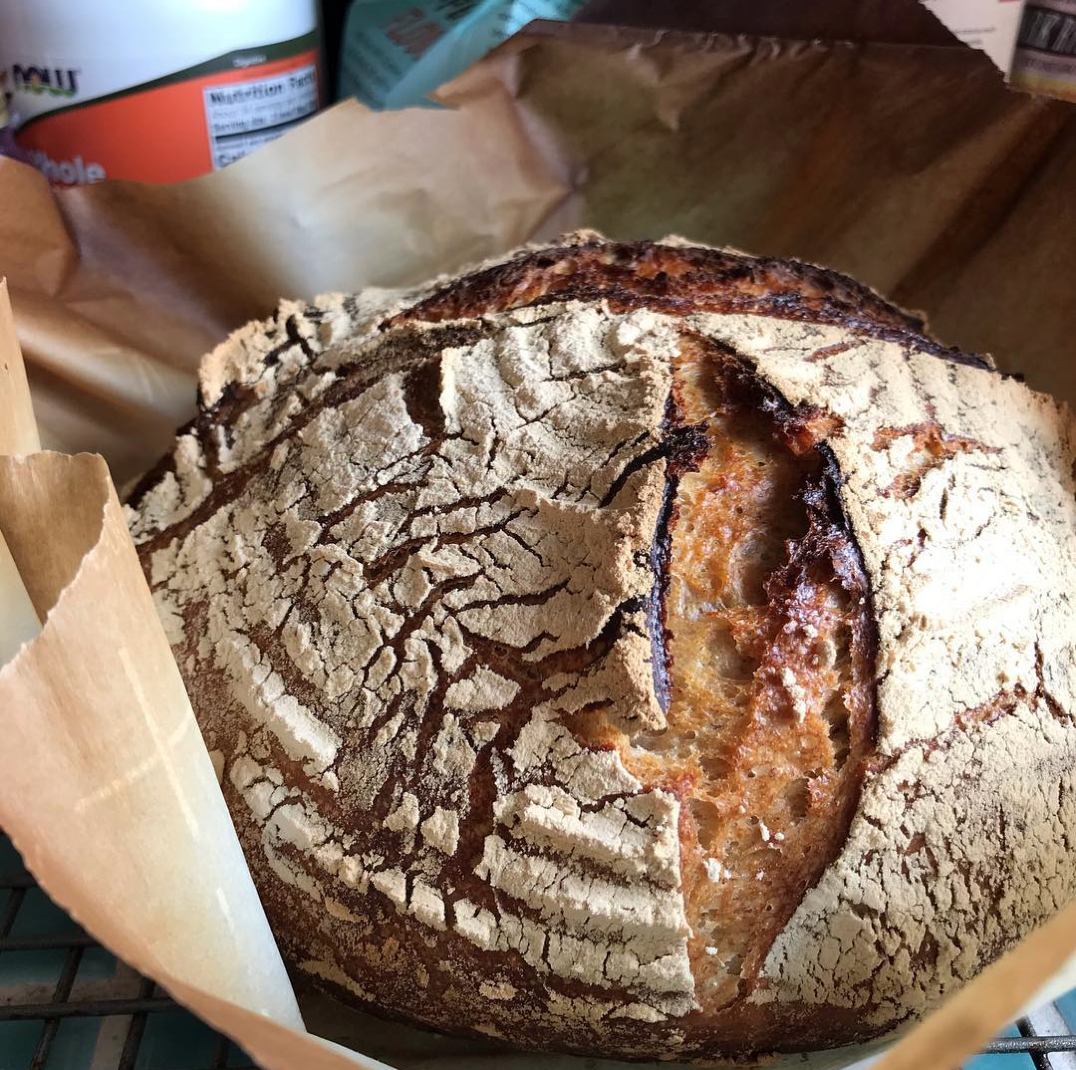 The biggest single improvement to my sourdough baking hobby has been using a pre-heated dutch oven.

I've been baking with sourdough since 2010 or so. The very first boule I baked came out of the oven perfect. I then spent years trying to figure out why I couldn't consistently repeat that loaf.

First thing I blamed was proofing times. It took me a while to figure out the natural rhythm of the starter I made, I now know sort-of when and sort-of where this yeast is in its cycle. Working with your starter a lot is the only way I know around this. Until I figured the yeast out, I made amazing sourdough waffles, pretzels, but the bread might be dense, or suffer from any other myriad ferment related problems. Pretzels and waffles don't need the yeast to rise much.

For a while, I blamed my kneading of the bread. I tried the stand-up mixer, then I tried no-knead recipes. I found the Breadtopia method most right for my style of baking, but I ignored the dutch oven part of the recipe. I had baking stones and pizza steels and spray bottles of water to keep things damp -- what could a dutch oven do for me?

I highly recommend using parchment paper to transport your proofed dough into the dutch oven. I tear off a sheet large enough to act as a sling. Attempting to air drop a dough bomb into a 500F iron pot is a bad idea. (I will search YouTube for fails later.)

The parchment paper is usually too toasted to use as any help in getting the finished loaf out of the pan, however it'll be completely loose and slide out easily.

I use an enameled Le Creuset Dutch oven I've had around for ages. I also use an oval shaped variant for longer loaves, tho I do prefer the round proofing baskets. The only thing to be aware of is that the black bake-lite-esque heat resistant knobs on top are not rated for 500F and may crack.

I have read various stories of terror as people heard a pop in their oven. I believe my Sears oven will take the hit.

I am pretty sure this Lodge 7qt dutch oven will work just as well. The Lodge is not insanely expensive and comes with a smarter knob from the get-go.

I prefer the blue finish, because it looks better in my kitchen. I also use the dutch oven as my sous vide pot, as the Chef Steps Joule magnets to the bottom easily and the volume is good.