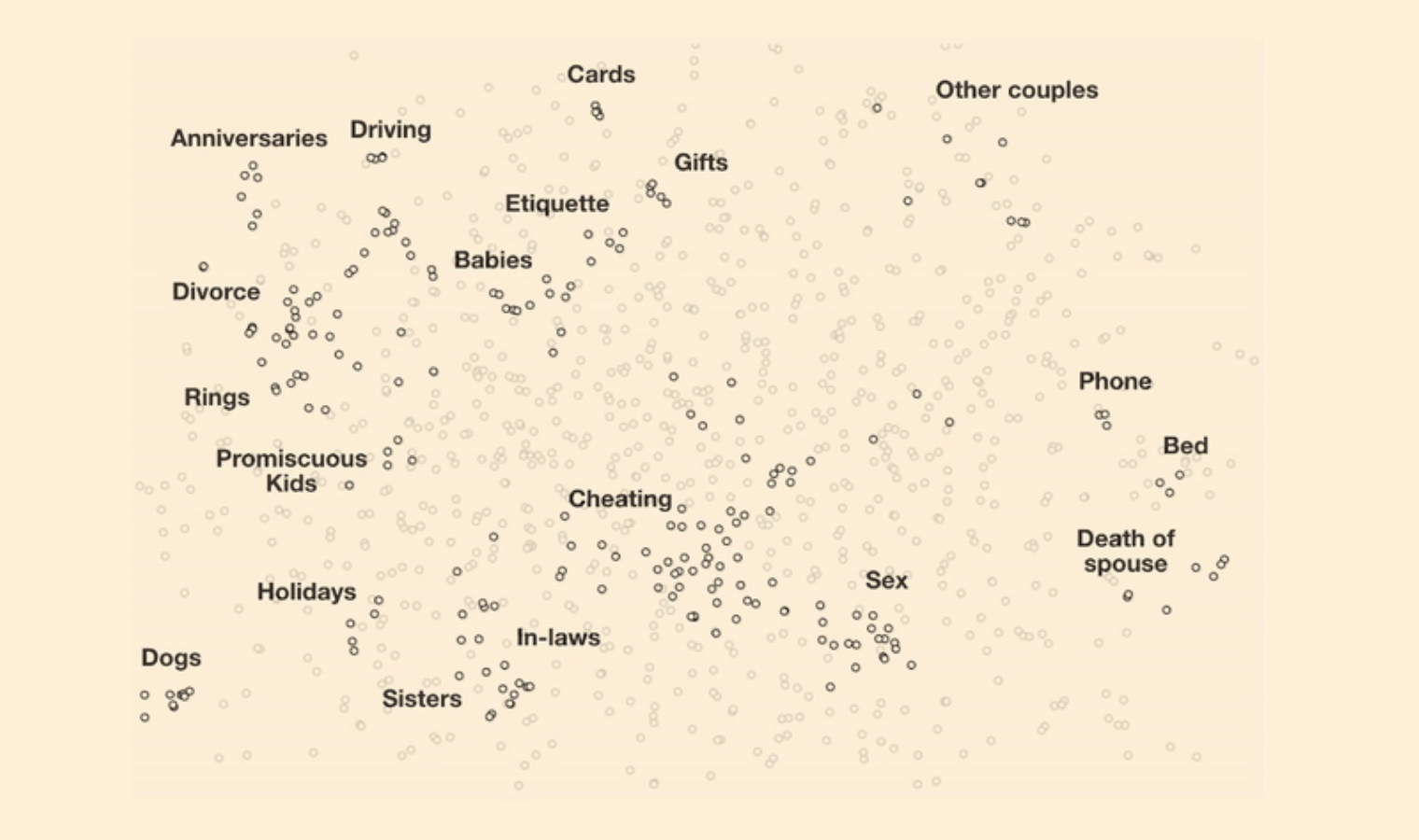 "30 Years of American Anxieties" is a report on what 20,000 letters to Dear Abby reveal about the alarming things in life— and a great data presentation.

Spend a few minutes reading the the questions that Abby’s readers write in, and you’ll quickly note that they’re invariably social in nature. Without friends and lovers, family and coworkers, there would be no Dear Abby column. We decided to explore how our anxieties vary based the people we worry about. To do so, we examined each letter’s most characteristic terms (comparing each letter’s words to the words used among all letters). Using a data science technique called t-SNE, we grouped the questions to derive constellations of concerns.

The study doesn't bother itself with Dear Abby's sometimes dreadful advice, but it also doesn't explain the dataset. Unless Dear Abby only gets two letters a day, this set is surely a set of published letters rather than letters received.

So it's really just an analysis of Dear Abby's anxieties, isn't it?