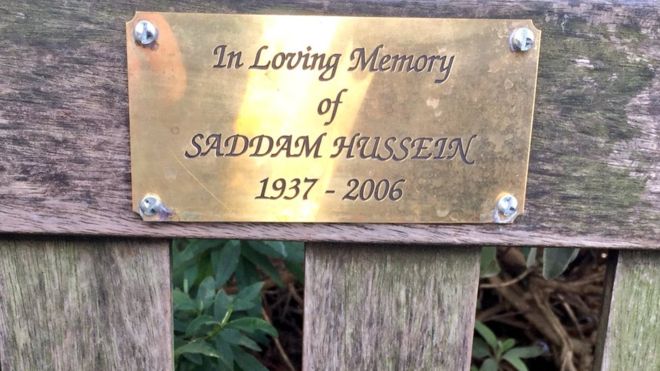 Adds the BBC: "Some came to the conclusion there must have been another person called Saddam Hussein who was born and died on the same dates as the dictator, and lived locally in Wanstead."

https://youtu.be/WKKfRgHG5oo During Trump’s address this morning where he declared a National Emergency in order to get funding for the wall that Mexico didn’t pay for, he also mentioned how excited he was about the idea of a death penalty for people who traffic drugs. He talked about a meeting he had with China’s President Xi […]

If you’re not pissed off at the assassination of The Washington Post columnist Jamal Khashoggi, you should be. As a permanent resident of the United States, Khashoggi should be protected by the U.S. Government, just like any United States citizen. But, instead of pouring pressure on Saudi Arabia to bring the perpetrators of Khashoggi’s slaughter […]