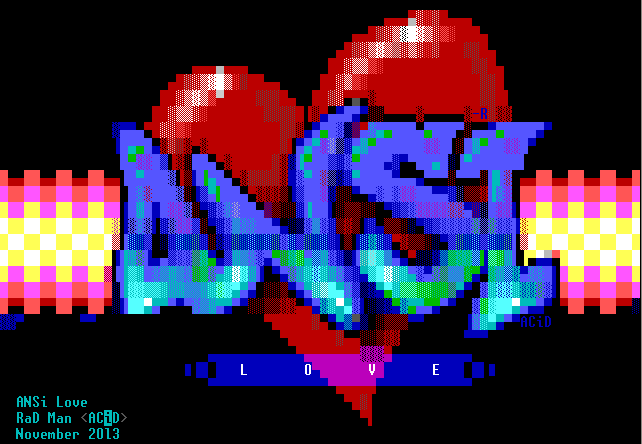 Viznut created a set of bitmapped Unicode fonts for use on your bulletin boards.

Years ago, I noticed that Unicode had a bunch of pseudographic characters that could be used to enrichen Ansi art. However, no one seemed to use them. Even MUDs that used the 256-color Xterm palette and had no issues with Unicode still preferred to stick to the blocks available in the MS-DOS codepage 437.

After looking into existing Unicode fonts, the reason became obvious: the implementation of non-CP437 graphics characters was shaky at best. Unicode Consortium doesn't even care how pseudographics are implemented. It was a kind of chicken-and-egg problem: No commonly accepted Unicode graphics font, no Unicode art scene; no art scene, no font support. The idea of an art-compatible Unicode font was born.

They're based on fonts from the Commodores 64 and Amiga, the Amstrad CPC, the IBM PC's original ROM font, and iconic Atari arcade fonts.