Do you know this pigeon who wears a glitzy rhinestone flight suit? 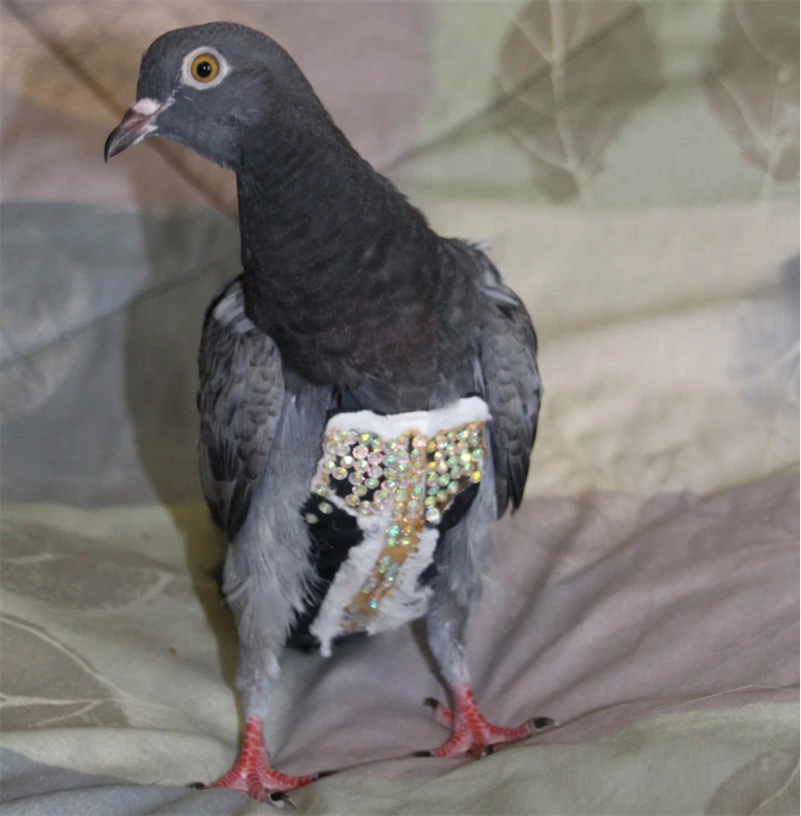 This fancy pigeon showed up on a Glendale, Arizona woman's back patio. She called in rescue organization Fallen Feathers who are now seeking the bird's owner. From AZFamily:

"He was in her back patio and he kept coming up to the sliding back door and looking like he wanted to come in," said Kieran.

She's convinced the pigeon is someone's pet and not wild.

"It's something somebody actually purchased for him, because it has a label in it," Kieran said.

As opposed to the bird having made it himself?

Cockatoo sees wild turkeys through the window, offers them toy, bangs for their attention

What Are These Creatures In My Yard ?! Mr. Max is a birb. Some wild turkeys showed up one day in the back yard, and Mr. Max’s owner caught it on video. At this spot, it’s so funny. It goes like this: Max: hey big birb I have gift BANG BANG BNAG GIFT

“Ever wondered what birds with arms would look like? Here is the answer.”