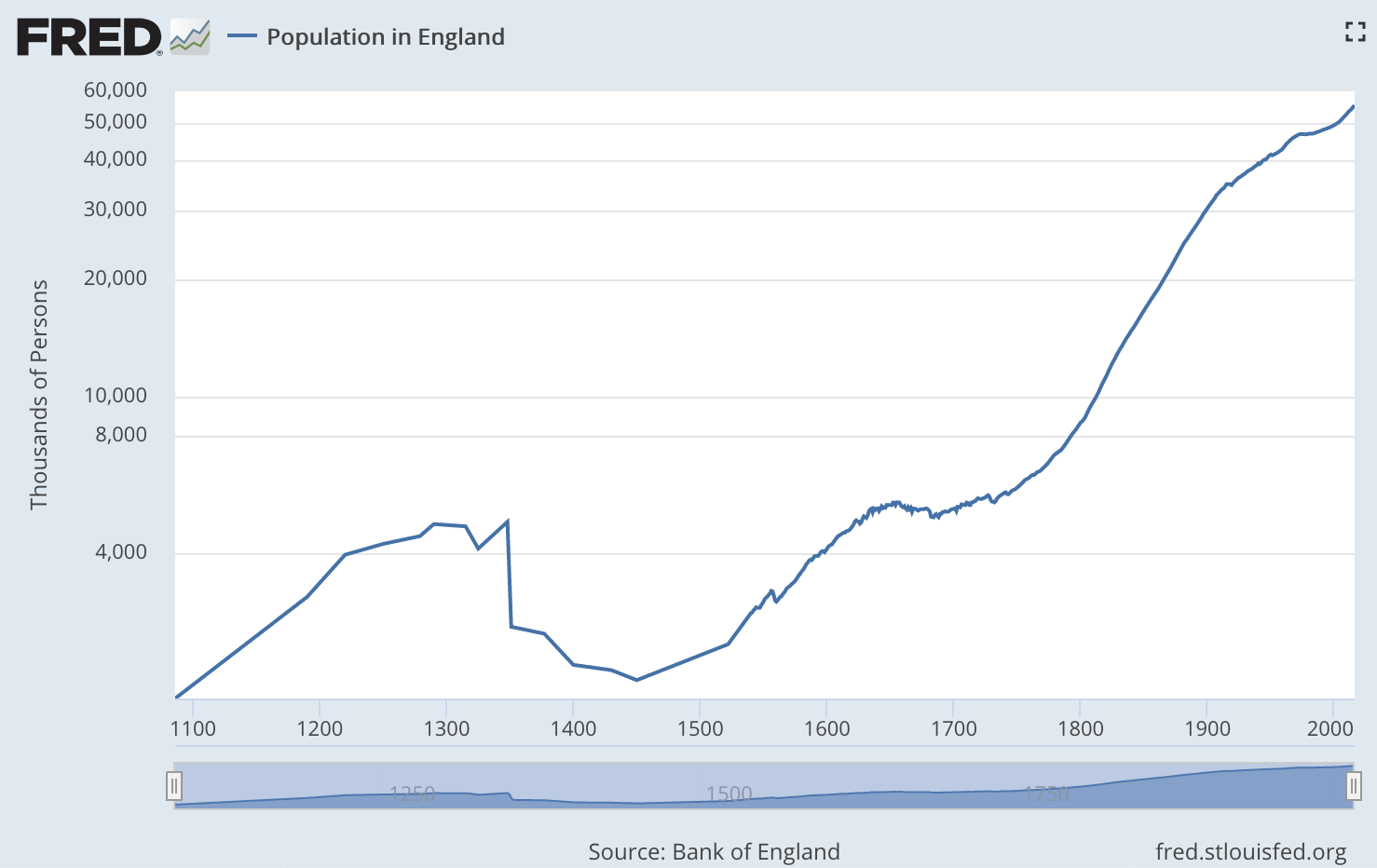 The population of England is said here to be the longest-running data series. The source is the Bank of England and other enterprises of the English state (the Doomsday Book!), but presented here by the Federal Reserve Bank of St. Louis.

The Black Death was rough.