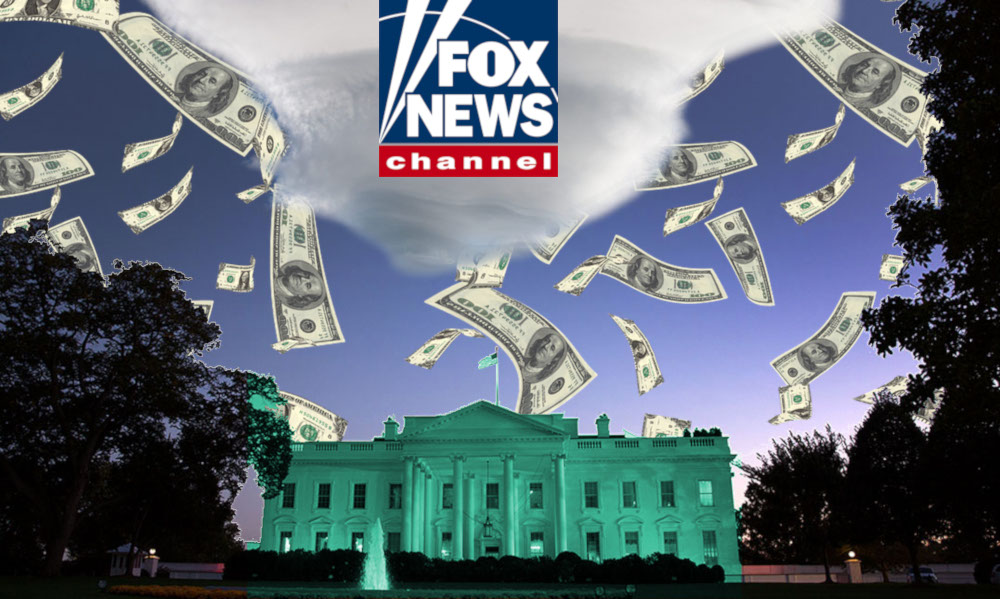 Bill Shine was forced to resign as co-president of Fox News over his personal mishandling of the rampant culture of sexual abuse, in which he abetted the company's culture of harassment, fondling, and coerced sex by its executives and on-air personalities.

Surprisingly, Shine's complicity in sexual misconduct did not disqualify him from serving in a senior role in the Trump White House; he replaced Hope Hicks as the White House's Communications Director, where he has distinguished himself by failing to make the mandatory financial disclosures required of anyone serving in that role, and by illegally barring Jim Acosta from White House press conferences in retaliation for Acosta's refusal to let Trump off the hook when he failed to answer a simple question (Shine has now instituted a one-question/no-followups rule for the White House press corps).

On Thanksgiving Friday, Shine belatedly filed his financial disclosure forms, which reveal that Fox News will pay Trump's new communications advisor a total of $7,000,000 while he is serving in the White House, as part of the $15,400,000 bonus that Shine was paid to reward him for his role in Fox's sex-scandal.

Shine was also involved in settlements with women who accused former Fox News host Bill O’Reilly of sexual harassment. O’Reilly was ousted from the conservative network last year after the hush payments surfaced and advertisers bailed on his show.

Since Shine’s hiring, which was praised by O’Reilly and Fox News’ Sean Hannity, he has been involved in banning reporters from the White House and instituting new “rules” for the media that only allow one question to be asked.

Shine’s wife, Darla, who was a producer at Fox News, reportedly has complained that she can’t use the N-word, spread baseless conspiracy theories about vaccines, and claimed that women in the military should expect to be sexually harassed.