Get this arsenal of Mac apps at Black Friday prices 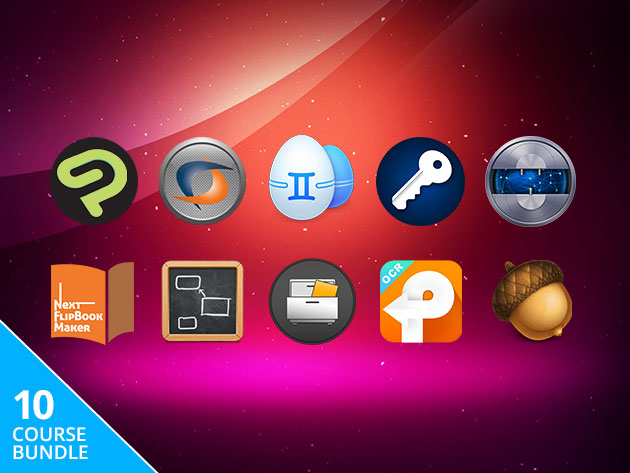 Christmas is coming early, Mac users. If you've been waiting to "deck the halls" of your computer with the software that will stretch its potential, pick up the Award-Winning Black Friday Mac Bundle Ft. Acorn 6.

Like the name says, it's a full arsenal of the most top-rated apps for Mac, packaged together for a fraction of the price for the individual software. For the security-minded, there's the password-management app mSecure Pro and the essential Netshade VPN. Spotless and Gemini 2 will organize your files and keep them that way, and Crossover 18 will even let you run Windows software cleanly and easily on your Mac. And there's a ton for designers: Clip Studio Paint Debut, Next Flipbook Maker Pro and of course, the intuitive and versatile photo editor Acorn 6.

We're talking ten apps in all in the Award-Winning Black Friday Mac Bundle Ft. Acorn 6, holiday priced at $25. And right now, you can knock an additional $5 off with the coupon code BFMAC5.