Cops catch Canadian clairvoyant and charge her for creeping on clients 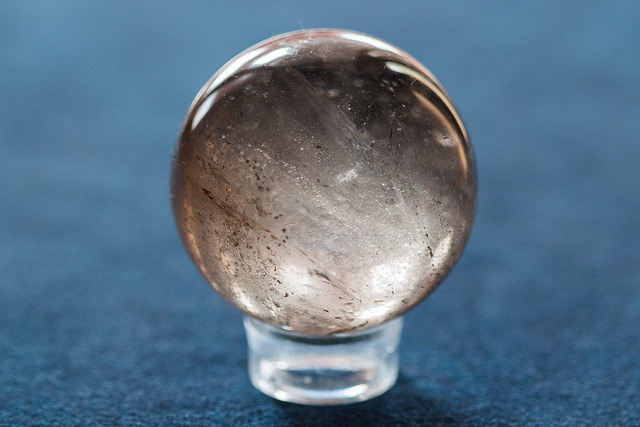 Our current news cycle pushes out stories, scandals and tales of catastrophe faster than shit through a goose. There's no keeping on top of it all anymore. With this being the case, it's little wonder that we managed to miss the fact that a Canadian woman was charged with what amounts to witchcraft this past October.

This weekend police in Milton, a small town in Ontario, arrested 32-year-old Dorie Stevenson who was running a psychic business out of her basement. She was charged with extortion, fraud over $5,000 [$3,813 USD], and witchcraft/fortune telling. If you’re thinking, whoa, Canada has witchcraft laws? Well, the answer would be yes, but they’re probably not exactly what you think.

It's covered under section 365 in the Criminal Code under the title “pretending to practice witchcraft.” It focuses on anyone who “fraudulently” gets paid to tell fortunes, “pretends to exercise or to use any kind of witchcraft, sorcery, enchantment, or conjuration,” or using their “skill in or knowledge of an occult or crafty science” to find where lost things are.

Stevenson was picked up by Halton Regional Police after it was discovered that she was running a business, selling psychic insights to folks out of her basement. That's fine: there's plenty of folks in Canada doing much the same. What the cops took exception with, after a months-long investigation, was the fact that Stevenson was preying on her customers while they were in a vulnerable state. According to the police, Stevenson was routinely telling her customers that she could foresee terrible things happening to them if they didn't bring her cash, jewelry and other expensive bobbles that would help her to divert their encroaching disaster. Many of Stevenson's victims were said to have believed that she would return the cash and merchandise once she was done with them. Nope: by the time the cops dinged her, Stevenson had milked $45,757 USD from her clients.

It could well be that the police caught Stevenson just under the wire. Last year, legislation was tabled by the Canadian government that would do away with some of the nation's more archaic laws, including the illegality of witchcraft and fortunetelling.