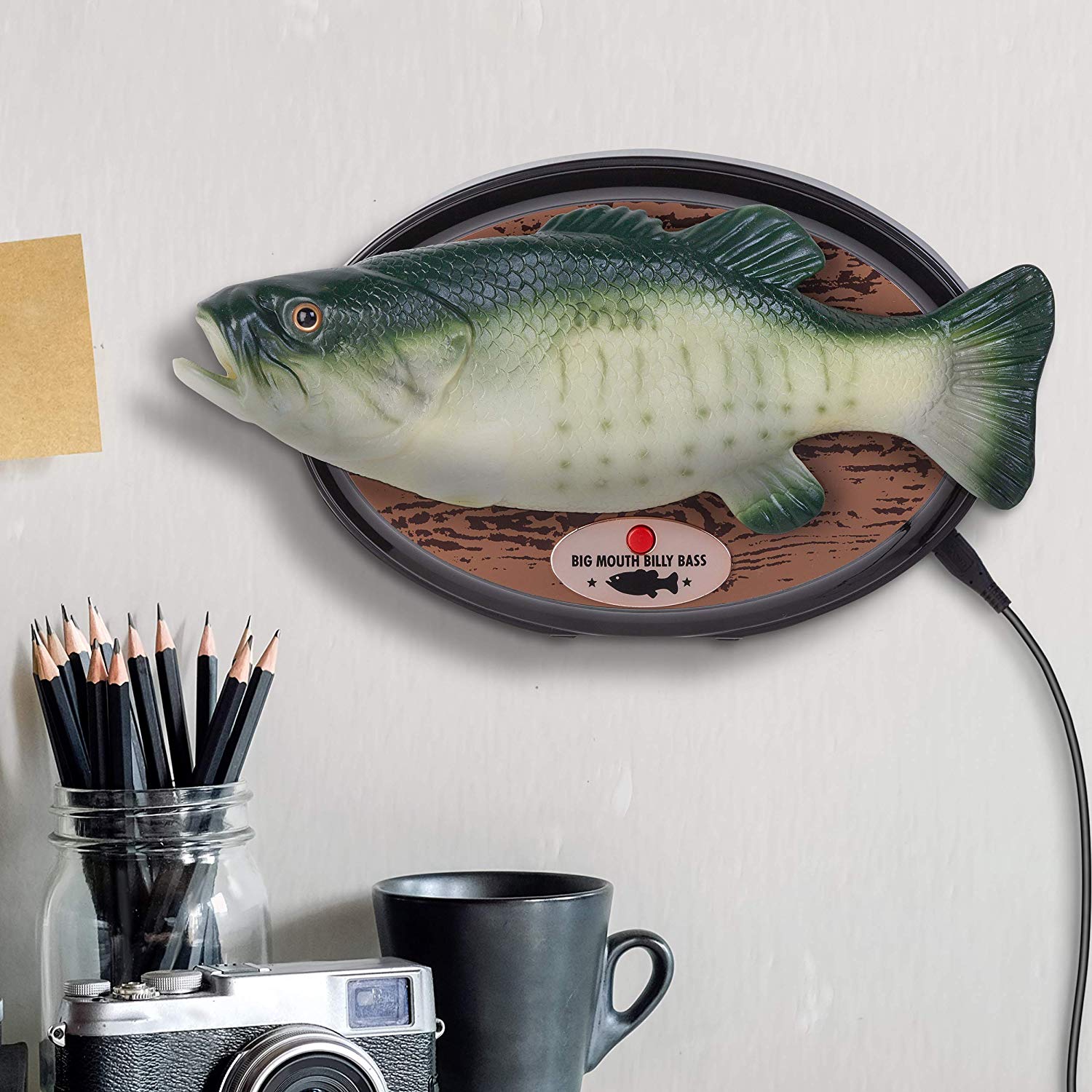 You can preorder an Alexa-enabled Big Mouth Billy Bass for $40.

As Boing Boing pal Morpheus says, “Big Mouth Billy Bass, the legendary talking robotic centrarchidid, is now available with Amazon Alexa support. You can ask it for stock quotes or to order some more Ranch Doritos and blowgun darts!”

The future is weird.

From the Amazon blurb:

• Everyone's favorite talking and singing fish is now programmed to respond to Alexa voice commands.
• Pair big mouth Billy bass with your preferred device in the Echo family and let the fun begin.
• Responds to Alexa voice commands
• Lip syncs with Alexa spoken responses
• Responds to inquiries about the weather, your commute, the news, random facts, and more
• Reacts to timers, Notifications, and alarms
• Dances to the beat with music.
• This is a hilarious gift!