Toy makers tap into what kids really want: 'Unrolling is the new unboxing' 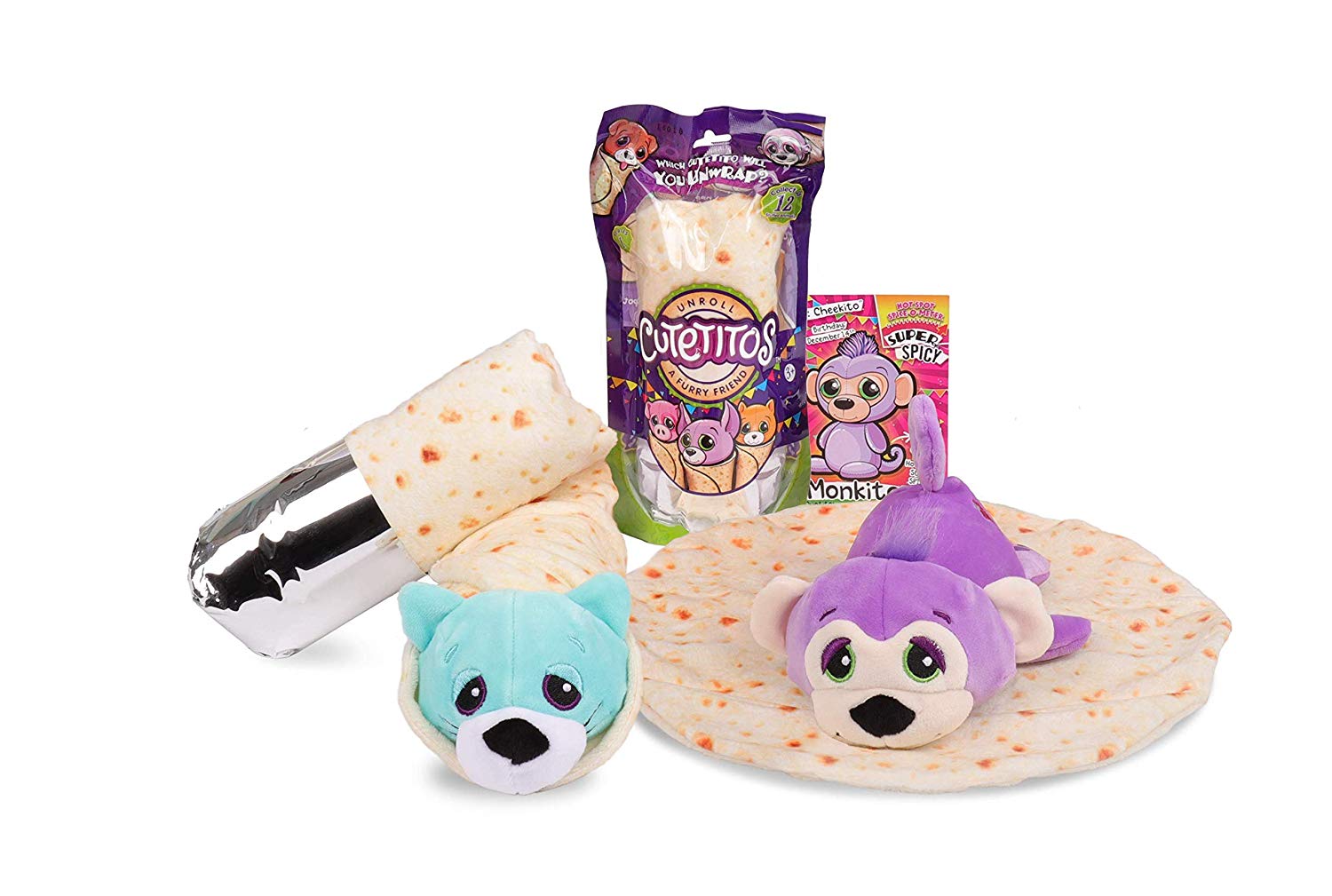 Ok, I'm not just sharing these "Cutetitos" for the sake of sharing them. I'm sharing them because I've just learned that toy makers have figured out that young kids really like unboxing videos and they have now found a way to replicate that experience with "mystery toys" (like these plushies wrapped up a burrito).

The Atlantic [emphasis and some links mine]:

"Enter the L.O.L. Surprise! doll, a sphere the size of a bocce ball that consists of seven layers of packaging. Kids peel away the layers of crinkly plastic, which contain stickers and messages and tiny accessories that are surely crunched under many a parental foot, and find a small, nearly naked plastic doll with giant Bette Davis eyes who measures just a few inches tall.

More than 800 million L.O.L. Surprise! toys have been sold since their debut in late 2016, and they were one of the top products sold on Cyber Monday this year... Parents can now buy eggs, pods of foam, cake pops, burritos, and balls of many shapes and sizes containing mystery animals and figurines. (“Unrolling is the new unboxing,” said Ashley Mady, the head of brand development at the company that launched the burritos, called Cutetitos, in October.)"

...There are biological reasons young children like watching unboxing videos, and it’s the same reason they’re drawn to surprise toys. Kids don’t really get good at understanding and anticipating the future until they’re about 4 or 5, Rachel Barr, the director of the Early Learning Project at Georgetown University, told me...Unboxing videos and surprise toys allow kids to enjoy the anticipation without being too afraid...because they know roughly what will be in the package, just not the exact details.