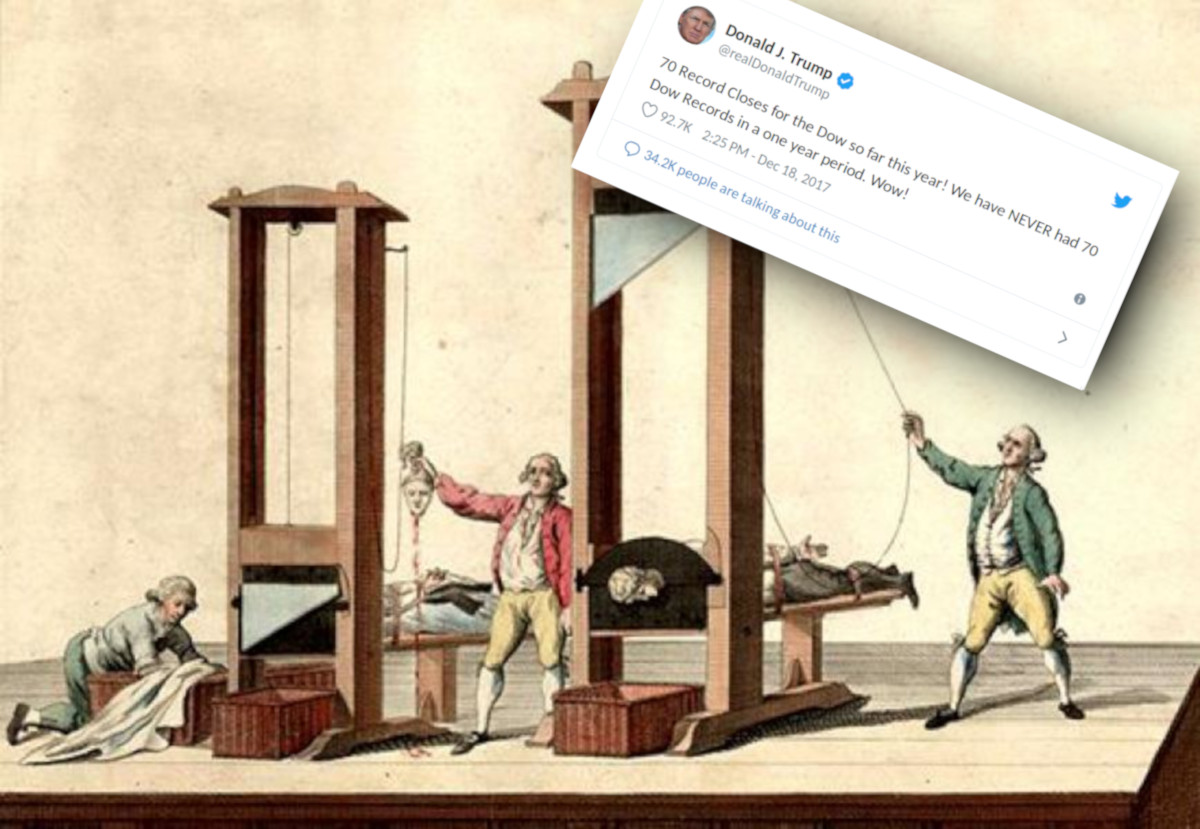 Every time Trump reminds you that the stock market has experienced a feverish, tubercular bloom under his presidency, just recall that 84% of stocks are held by 10% of Americans.

The wealth of middle class people is primarily in the form of their personal residences, whose value has driven to incredible peaks by rich people (often represented by hedge funds) diversifying their portfolios by speculating in the property markets.

That is why any politician who proposes to do something about the housing crisis without addressing the underlying factors of inequality will end up infuriating the middle class, because that fix will wipe out their net worth.

“Despite the fact that almost half of all households owned stock shares either directly or indirectly through mutual funds, trusts, or various pension accounts, the richest 10% of households controlled 84% of the total value of these stocks in 2016,” Wolff writes.

That number—which accounts for individual shares as well as stocks held via mutual funds—represents a big change from 2001, when the top 10% owned just 77% of all stocks.

Furthermore, while virtually all (94%) of the very rich reported having significant stock holdings—as defined as $10,000 or more in shares—only 27% of the middle class did. (The study framed that middle class as the group between the poorest 20% and the richest 20% of Americans.)