Manafort tried to broker deal to get Julian Assange to U.S. 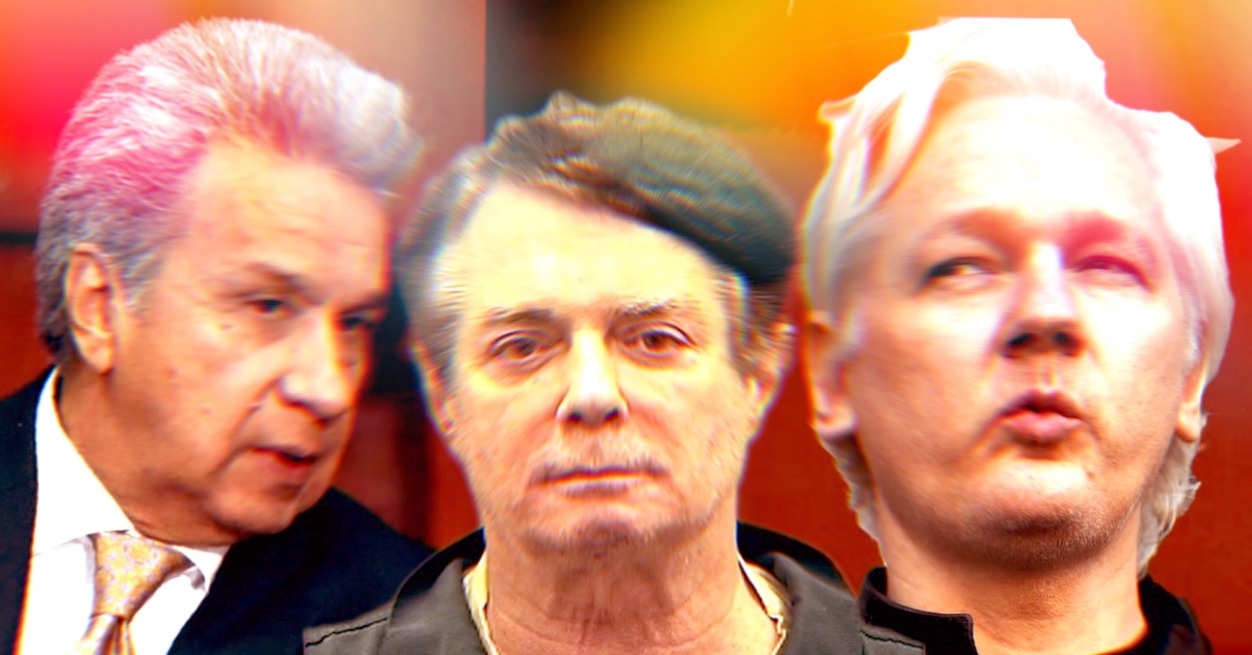 Convicted felon and former Trump campaign manager Paul Manafort suggested he could broker a deal for the handover of Wikileaks founder Julian Assange to the United States during a meeting in May 2017 with the president-elect of Ecuador.

Paul Manafort is reported to have implied to Lenín Moreno, who is now the President of Ecuador, that he could help the South American nation get a debt relief deal from the Trump Administration in exchange for handing over Julian Assange to the U.S.

And now, of course, Manafort is now a convicted felon.

In at least two meetings with Mr. Manafort, Mr. Moreno and his aides discussed their desire to rid themselves of Mr. Assange, who has been holed up in the Ecuadorean Embassy in London since 2012, in exchange for concessions like debt relief from the United States, according to three people familiar with the talks, the details of which have not been previously reported.

They said Mr. Manafort suggested he could help negotiate a deal for the handover of Mr. Assange to the United States, which has long investigated Mr. Assange for the disclosure of secret documents and which later filed charges against him that have not yet been made public.

Within a couple of days of Mr. Manafort’s final meeting in Quito, Robert S. Mueller III was appointed as the special counsel to investigate Russian interference in the 2016 election and related matters, and it quickly became clear that Mr. Manafort was a primary target. His talks with Ecuador ended without any deals.

There is no evidence that Mr. Manafort was working with — or even briefing — President Trump or other administration officials on his discussions with the Ecuadoreans about Mr. Assange.

Boy, this thing just keeps getting more interesting, doesn't it.

Hold onto your butts. I predict tomorrow will be an interesting day, for a while.

NYT: Manafort Tried to Broker Deal With Ecuador to Hand Assange Over to U.S.