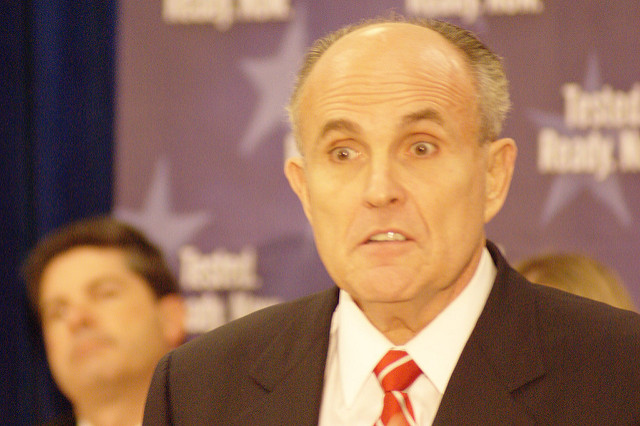 “From what I saw, it didn’t exist,” said one former senior U.S. official.

Here was Rudy touting his role as the chief cyber connector between Silicon Valley and the White House back in January 2017.

That Rudy Giuliani is really out-Giuliani-ing himself this week. What’s he up to? This feels like a set-up, a prelude to a greater Act yet to come.

“I forced her out because she’s corrupt,” said Rudy Giuliani, a private citizen who was once Donald Trump’s personal lawyer, about America’s former ambassador to Ukraine.

Rudy Giuliani’s shady business dealings in Ukraine with Lev Parnas and Igor Fruman of “Mafia Rave” and “Fraud Guarantee” fame are the subject of an ongoing investigation by federal prosecutors in New York.