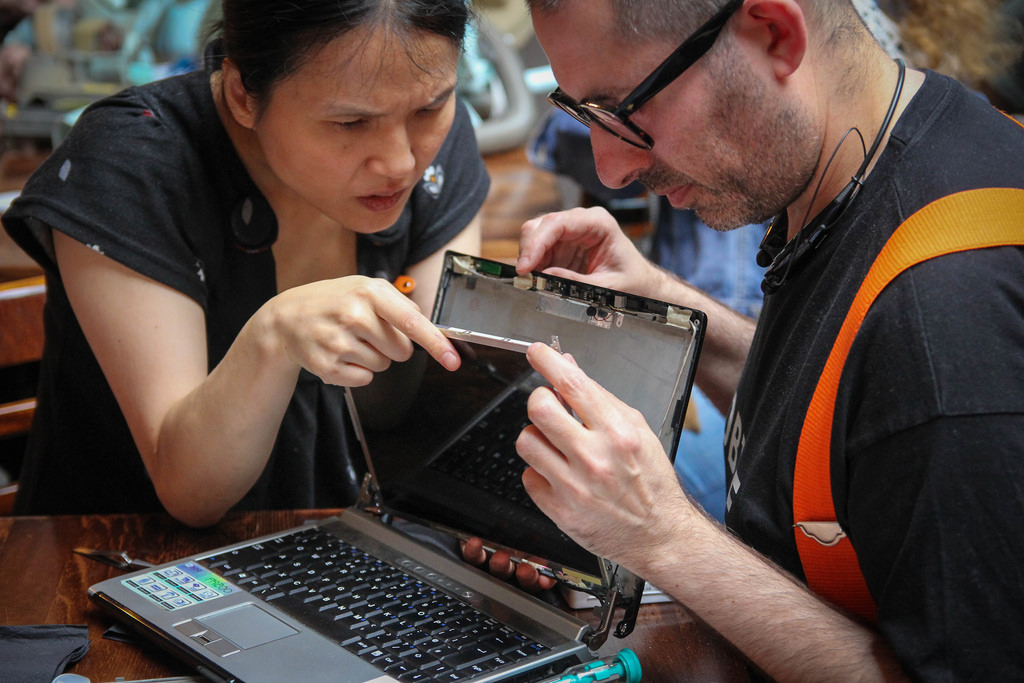 The European Union is at risk of missing a historic opportunity to bring the right to repair into legislation for the first time.

From Monday 10 December all EU member states will be called to vote on a package of regulations requiring manufacturers to make consumer and industrial products more repairable and energy-efficient in order to be approved in the EU single market.

However, pressure from industry lobbying, especially in key countries with a big manufacturing sector like Germany, Italy and the UK, has severely reduced the repair provisions in the proposed legislation. The latest draft lacks ambition and significantly limits the potential to make repairing appliances easier for all.

Luckily, all is not lost. We (The Restart Project) are urging everyone to support citizen-driven campaigning, which is proving fruitful in some of the key countries opposing the regulation. A German petition promoted by repair activists has created a real stir, garnering over 109,000 signatures and resulting in the Ministry of Environment releasing an action plan stating its full support for repair provisions. And in Italy, a petition demanding that the country stops blocking promising regulation has reached over 76,000 signatures and will be handed over to the Minister of Environment this week by community repair group Restarters Milano. But in the UK a similar petition has been overshadowed by Brexit negotiations. Meanwhile local community repair activists have come up with the Manchester Declaration, calling for more repairable products.

Citizens want longer lasting and easier to repair products and they get frustrated when things break much earlier than they should. There is fresh evidence that people want these changes, and specifically want governments to take an active role, as documented in recently published research by the Green Alliance in the UK and the EU Commission.

Why are these votes so important? For the first time these so-called “ecodesign” regulations take into account a product’s material efficiency over its whole lifecycle, not just the use phase. The new measures acknowledge that a huge amount of a product’s environmental impact comes from manufacturing. This means that being able to repair products is vital to extending their longevity and preventing unnecessary waste. It is estimated that with the new measures in place, by 2030 Europe alone could be saving 140 TWh of energy a year, 5% of its entire energy consumption.

So far attention on right to repair legislation has been mostly concentrated on the United States, with a focus on state-level measures to remove barriers for independent repairers to do their work. Yet it is now at the European Union level that we stand a chance to impact right to repair globally.

While the proposed measures only focus on repairability for appliances such as fridges, washing machines and dishwashers, this create a precedent, strongly increasing the odds that right to repair becomes a central aspect of future regulation for computers, vacuum cleaners and smartphones. Also, these measures are likely to trigger the emergence of similar requirements elsewhere around the world.

What makes a product repairable? In September the EU Commission drafted laws focusing on a few key issues: requiring availability for spare parts for a minimum number of years as well as access to repair information resources and, crucially, improving design to access key components in household appliances. As a result, repairing products could become easier, cheaper and less time-consuming.

This is in line with the demands of the emerging community repair movement, as reflected in initiatives like the Open Repair Alliance's International Repair Day. However, the latest revision of the proposals reflects the language and the demands of the industry, as summarised by a briefing of the European Environmental Board.

For example, rather than providing free access to repair information for all, the regulation could restrict access to registered, professional repairers who pay the manufacturers a fee, thus slamming the door on, among others, the growing movement of community repair initiatives. Also, appliance manufacturers wouldn’t be required to supply spare parts to third parties for the first two years from the introduction of a new model, potentially giving them initial complete control over repairs happening within the warranty period (even when not covered by warranty). Finally, the laudable initial inclusion of design requirements to simplify disassembly of appliances for repair is at risk of being replaced with a focus on effective dismantling for recycling at the end of life.

The ball is now in the member states’ court. Will they show some ambition and push for measures that will benefit all of their citizens, while contributing to creating local repair jobs and reducing the imbalance of power with manufacturers? Or will they bow to industry pressure and miss this rare chance for the European Union to demonstrate that it can lead the way in pushing for better standards for all?

Ugo Vallauri is a co-founder of The Restart Project, a London-based non-profit fixing our relationship with electronics.