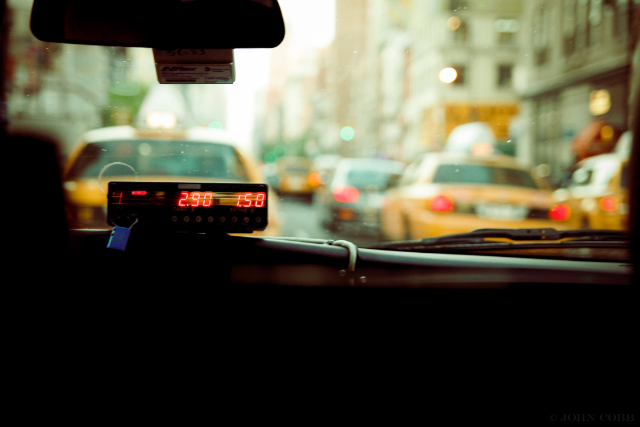 Advocacy groups like the Independent Driver’s Guild and Amalgamated Transit Union have celebrated the change. “All workers deserve the protection of a fair, livable wage and we are proud to be setting the new bar for contractor workers’ rights in America,” Conigliaro, Jr., founder of IDG, wrote in a press statement.

So of course, rideshare companies are throwing a fit.

According to Gizmodo, Uber thinks it's fantastic that their drivers will finally be able to make a living wage, but insinuated that the extra cash required to ensure that their employees can afford to eat AND pay the rent would come out of the pockets of those using the rideshare service. Lyft? They're thrilled that folks can afford to maybe set their kids up at a decent daycare while simultaneously paying all of their bills. But they warn that “the TLC’s proposed pay rules will undermine competition by allowing certain companies to pay drivers lower wages, and disincentive drivers from giving rides to and from areas outside Manhattan.”

Not everything is legal in New Jersey: Uber has to pay the state of New Jersey $650m in unemployment and disability tax for the employee drivers that it pretended were contractors. Uber is appealing. It will lose. Uber drivers in Jersey are now entitled to unemployment insurance. (via /.) (Image: Quotecatalog, Ervins Strauhmanis, CC BY, […]

AB5 is about to pass the California legislature: it forces companies like Lyft and Uber to comply with the longstanding Dynamex decision and treat their employees as employees.

California's Assembly Bill 5 isn't radical: it merely affirms the obvious fact that Uber and Lyft drivers (and other "gig economy" workers) are employees, something that the California Supreme Court already made obvious in the Dynamex decision.