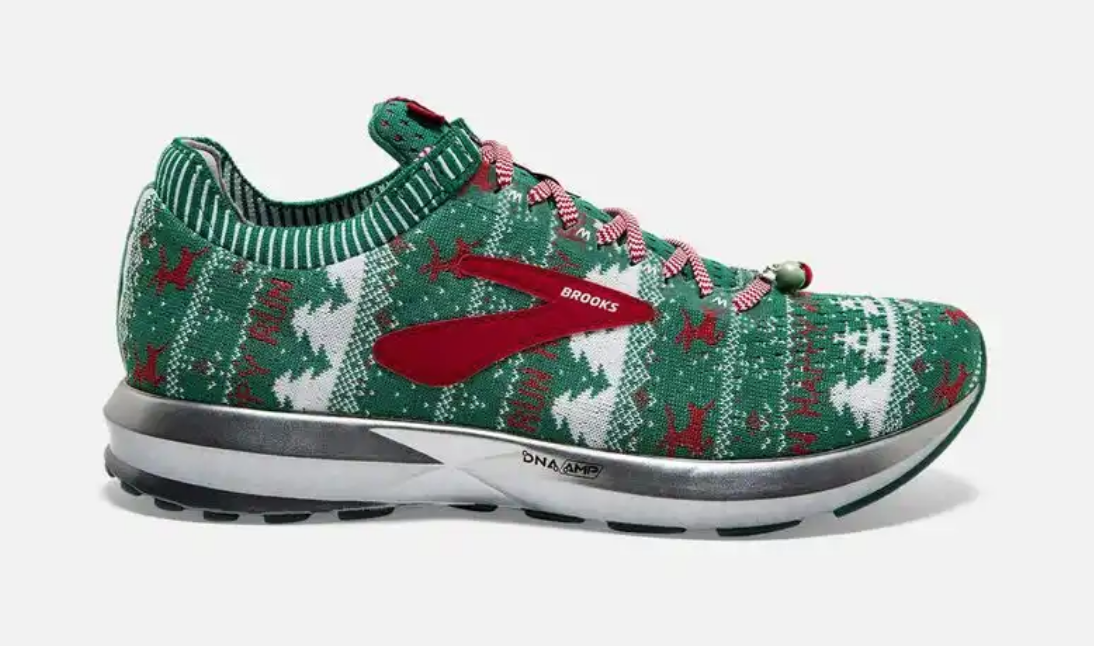 Ugly Christmas sweaters are out. In 2018, ugly Christmas dresses and, yes, sneakers are in. The latter are serious road running shoes: Brooks' Ugly Sweater Levitate 2 ($150). Well, as serious as jingle bells, candy-cane-striped laces, and a festive knit pattern can be.