Devo's open letter on "Drowning in a Devolved World" 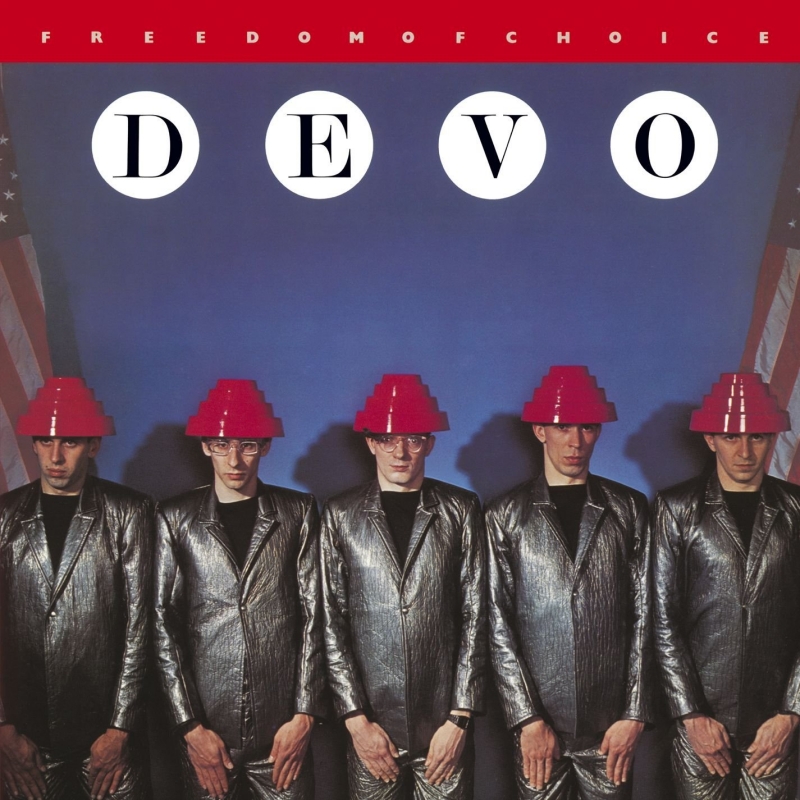 Robbo writes, "Gerald Casale, founder of DEVO, has written an open letter in response to the band being inducted into the Rock 'N' Roll Hall Of Fame."

Casale was an SDS activist who was present at the Kent State massacre and who was friends with the students who were murdered by the National Guard there. He describes how his hope for an society that evolved toward a better world soured with the conviction that the world was devolving, thanks to the "encroaching fusion of technological advances with the centralized, authoritarian power of the state."

Casale describes a 40-year career on the sidelines of America where "the capacity for critical thought and reasoning were eroding fast" thanks to right-wing dumbing-down, and the commodification of rebellion, right up to the 2016 election, with "our vile, venal Mobster-in-Chief (who makes Idiocracy’s Macho Camacho look fit for office) and his corrupt minions rob the nation’s coffers in a shamelessly cruel, Grab-'Em-By-The-Pussy Kleptocracy."

He proposes that Devo was inducted into the Hall of Fame "because Western society seems locked in a death wish" -- they're "the house band on the Titanic."

This is amazing stuff, especially played against Capital in the 21st Century, which describes the same phenomena in terms of capital flows: during the years when Casale was cultivating his belief in human progress, power and wealth were broadly distributed. The capital destruction of the World Wars had weakened the grip of the rich on policy outcomes, letting everyone else get a turn, with the result being a massive surge of innovation, prosperity and social programs to ensure inclusion. But capital reasserted itself, with the richest commanding an ever-larger share of the world's wealth, tipping over in the late 70s and the Reagan/Thatcher/Mulroney/Pinochet moment, when policies were enacted that would throw gasoline on the fire, accelerating the accumulation of wealth at the top, to everyone else's detriment.

40 years later, it's a devolved world: rich people are secretly funding fascist movements, dismantling public education, and systematically looting the meagre wealth of everyone who isn't rich. Our political discourse has fallen apart, as conspiracy theories about powerful rich people doing weird terrible shit and getting away with it scot-free have become increasingly plausible. When someone tells you that vaccines or climate change or the round Earth are a conspiracy, you must first ask yourself, "Do I live in a world where rich, powerful people conspire to confuse and hurt me?" and if the answer is yes, then everything else seems sadly plausible.

So, let us not talk falsely now; the hour is getting late. Perhaps the reason Devo was even nominated after 15 years of eligibility is because Western society seems locked in a death wish. Devo doesn’t skew so outside the box anymore. Maybe people are a bit nostalgic for our DIY originality and substance. We were the canaries in the coalmine warning our fans and foes of things to come in the guise of the Court Jester, examples of conformity in extremis in order to warn against conformity. We were certainly not the one-hit wonders the dismissive rock press likes to say we were. We have always been the Rodney Dangerfields of Rock ‘N’ Roll. We were polarizing because we did not “play ball” with the sex, drugs, rock ‘n’ roll messaging dictum.

But today Devo is merely the house band on the Titanic. With three generations of fans, 10 studio albums, five live albums, scores of singles, scores of music videos (a format which we pioneered), and eight world tours committed to history since our 1978 debut record, Q: Are We Not Men? A: We Are Devo, we’ve all too chillingly stood the test of time. 2020 will be the 40th anniversary of our Freedom of Choice record. Don’t be surprised to see us on tour then in our iconic, red Energy Domes, careening toward the latest Presidential election/selection. Speaking truth to power is a never-ending battle. In the best-case scenario, we avoid sinking into the abyss and, as a society, scratch ourselves back to square one.

We Are Drowning in a Devolved World: An Open Letter from Devo [Gerald V. Casale/Noisey]