When it comes to Sharpies bigger is better 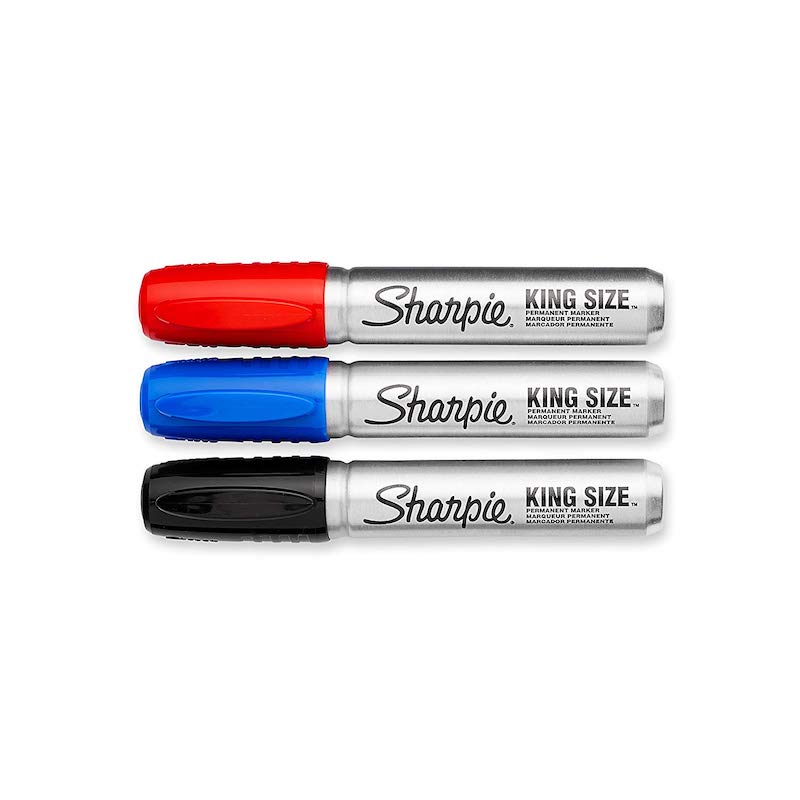 Whenever I need to leave a message for a friend inside of a public restroom or cover up some light colored stitching on a black garment, I reach for a King Size Pro Sharpie! The familiar chisel tip, mated with a honking big cylinder that fits your grip like sidewalk-chalk or window-wax, smells like fresh street art.

This set comes with two black, one red and one blue marker. I usually keep a black in my travel bag, and the other in my desk pen tray.

There is no marker as trusted in the world of "I need to trust my marker" as a Sharpie.

ink / pens / the coca-cola of markers

About five years ago my sister introduced me to these Pilot Varsity fountain pens. You can buy them in an inexpensive pack of seven. Each pen is in a different color. The ink flows smoothly and looks great in my notebook and even on cheap printer paper.

This ingenious device is called the “Make Your Co-Workers Hate You Pen.” I would not use it publicly but I would use it. I’d definitely use it. From Perpetual Kid: WARNING: You will lose friends! You may lose your job! HR will start requiring closed toe shoes in the office! Don’t even think about doing […]