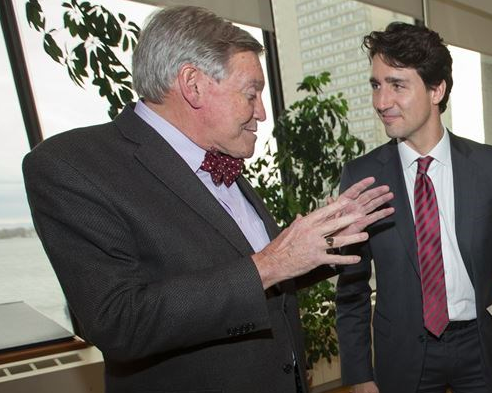 The latest installment of the Canadaland media criticism podcast (MP3) (previously) features an outstanding and nuanced discussion between host Jesse Brown and NYU journalism professor Jay Rosen (previously), regarding the Trudeau government's plan to hand Canada's press a $600 million bailout, with large tranches of that money to be funneled to billionaire media barons who ran their businesses into the ground by loading them up with predatory debt while mass-firing their newsrooms and paying themselves millions in bonuses -- Brown and Rosen don't just discuss the merits and demerits of this proposal, but get into a fascinating debate/discussion about what a better version of this would look like.