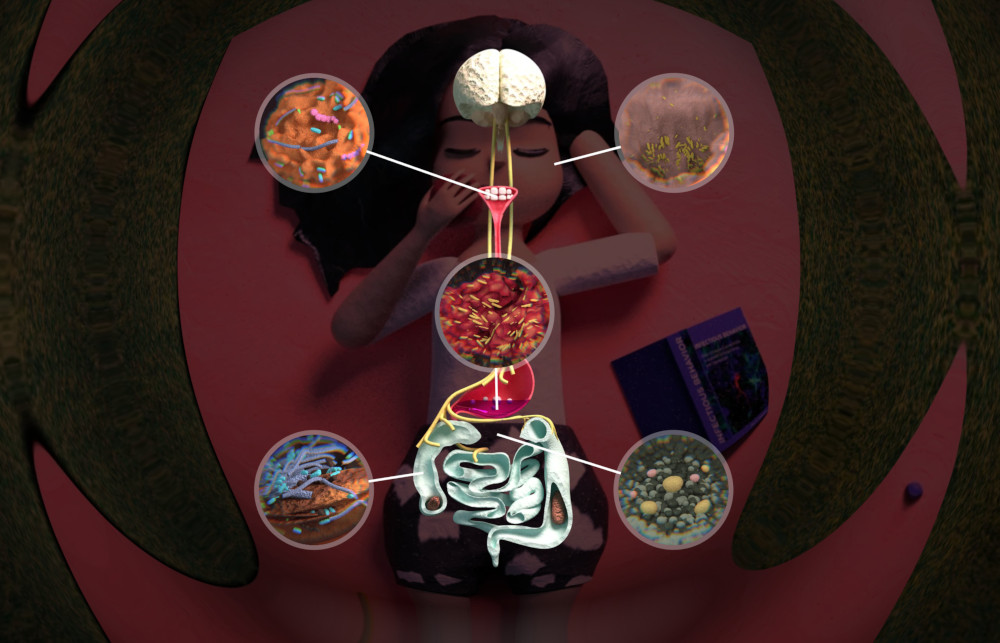 Leon Hong writes, "I made this science-y animation for my wife Elaine Hsiao's research — with the hopes that people will learn something new about how all the microbes that live in and on us affect our brains and behavior."

Professor Elaine Hsiao heads the Hsiao Lab in the Department of Integrative Biology & Physiology at UCLA where she teaches the class "Me, Myself, and Microbes". Her lab researches how microbes affect our brains and behavior. Elaine received her bachelor's in Microbiology, Immunology, and Molecular Genetics at UCLA and her PhD in Neurobiology at Caltech.

Me, Myself & Microbes — A short story on how microbes affect our brains and behavior [Elaine Hsiao and Leon Hong]