4,000-year-old game board carved into floor of ancient rock shelter 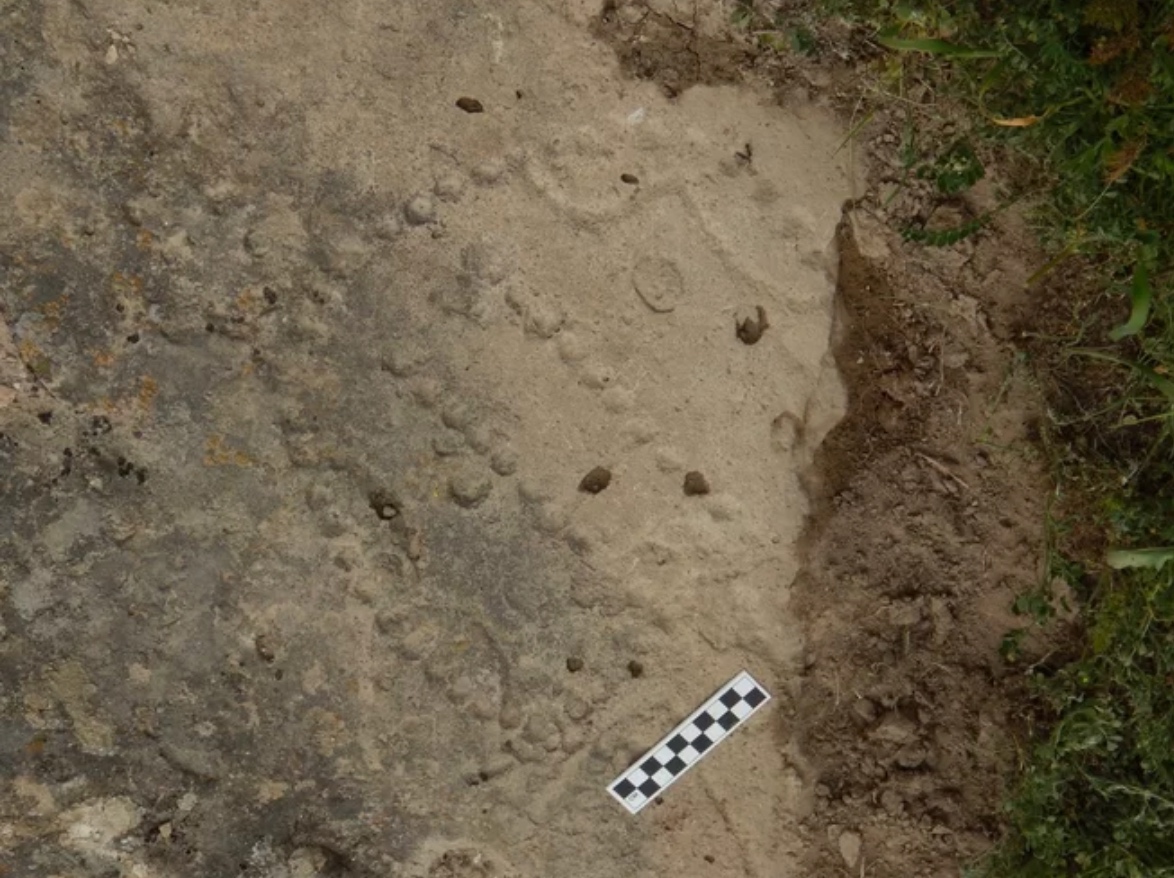 An archaeologist is studying a 4,000-year-old game board carved into the floor of a rock shelter in Azerbaijan. According to American Museum of Natural History researcher Walter Crist, the board was used to play an ancient game called "58 Holes" or "Hounds and Jackals." From Live Science:

(Previously), British archaeologist Howard Carter found a game set with playing pieces fashioned like those animals in the tomb of the ancient Egyptian Pharaoh Amenemhat IV, who lived in the 18th century B.C.

The distinctive pattern of round pits scored in the rock of the shelter in Azerbaijan came from that same game, Crist told Live Science. But the Azerbaijan version may be even older than the game set found in the pharaoh's tomb...

Though the rules of 58 Holes are unknown, many think it was played a bit like modern backgammon, with counters, such as seeds or stones, moved around the board until they reached a goal.

"It is two rows in the middle and holes that arch around outside, and it's always the fifth, 10th, 15th and 20th holes that are marked in some way," Crist said of the pattern cut into the rock shelter. "And the hole on the top is a little bit larger than the other ones, and that's usually what people think of as the goal or the endpoint of the game."

Players may have used dice or casting sticks to regulate the movement of counters on the board, but so far, no dice have been found with any ancient game set of 58 Holes or Hounds and Jackals, he said...

"...A game is a tool for interaction, kind of like language — a shared way of being able to interact with people," Crist said.