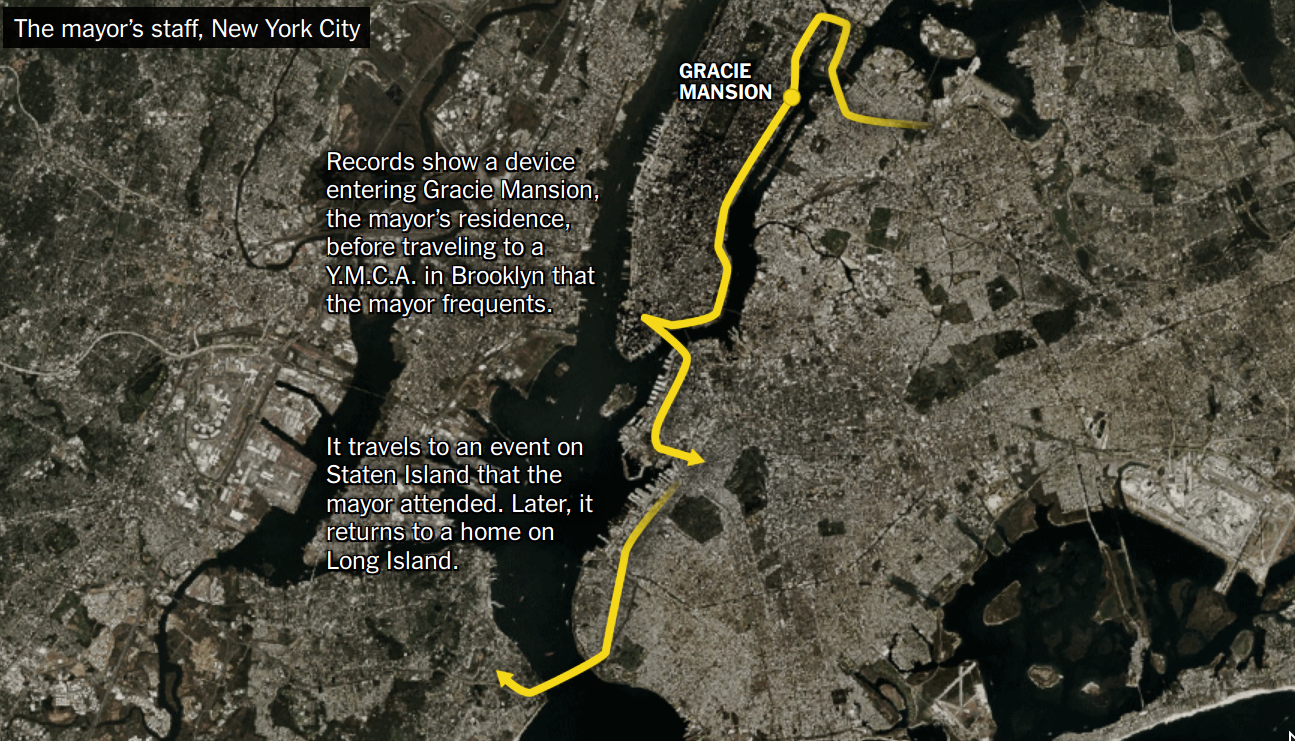 An investigation by the New York Times into the shadowy world of location-data brokerages found a whole menagerie of companies from IBM, Foursquare and the Weather Channel to obscure players like Groundtruth, Fysical and Safegraph, who pay app vendors to include their tracking code in common apps.

These apps sometimes disclose that they will track your location for ad personalization or to "improve service," but they don't generally reveal that they are beaconing your location to ad brokers you've never heard of, sometimes as often as once a minute, and that this data can be easily traced back to individuals (say, by looking for phones that go from your home address to your job five days a week), and that it is sometimes retained indefinitely.

The Times found evidence of children, public officials, and people with sensitive addiction, health, and employment situations being tracked in fine detail by these ad brokers.

For their part, the brokers say that this is merely service being traded for data, and blame users for not realizing that all this secretive, creepy shit is happening all the time.

In an accompanying guide to reducing location tracking, the Times suggests going through app-by-app location permissions but also points out that this kind of data marketplace is essentially unregulated.

Companies that use location data say that people agree to share their information in exchange for customized services, rewards and discounts. Ms. Magrin, the teacher, noted that she liked that tracking technology let her record her jogging routes.

Brian Wong, chief executive of Kiip, a mobile ad firm that has also sold anonymous data from some of the apps it works with, says users give apps permission to use and share their data. “You are receiving these services for free because advertisers are helping monetize and pay for it,” he said, adding, “You would have to be pretty oblivious if you are not aware that this is going on.”

But Ms. Lee, the nurse, had a different view. “I guess that’s what they have to tell themselves,” she said of the companies. “But come on.”

Your Apps Know Where You Were Last Night, and They’re Not Keeping It Secret [Jennifer Valentino-DeVries, Natasha Singer, Michael H. Keller and Aaron Krolik/New York Times]