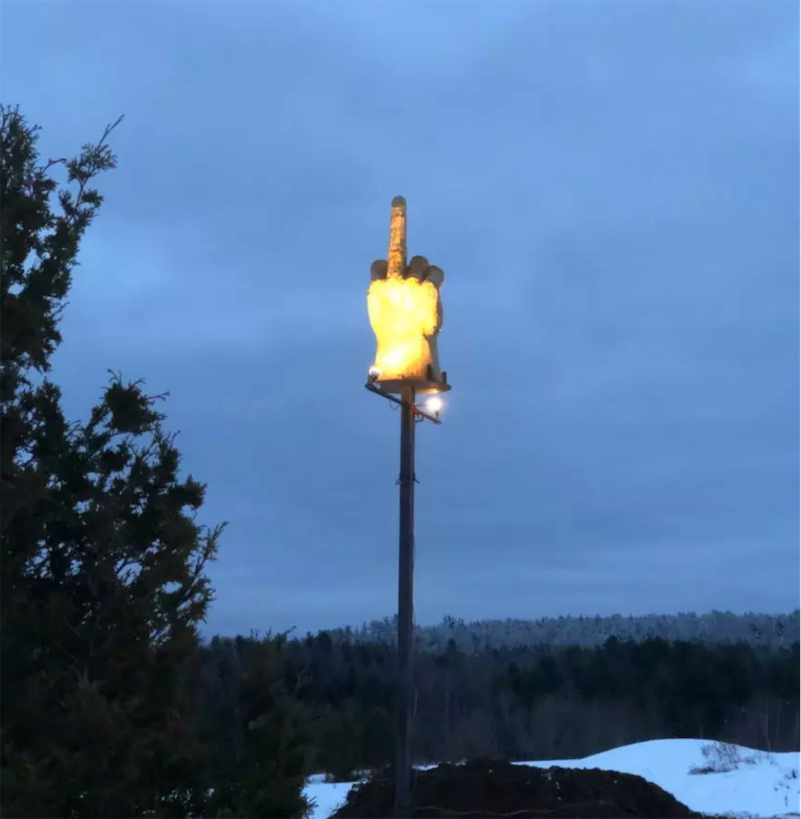 Several weeks ago, Ted Pilkey of Westford, Vermont installed this massive wooden middle finger sculpture on his lawn atop a 16-foot-pole. From Boston.com:

With the exception, Pelkey says, of the Westford Selectboard, Development Review Board, and other town leaders, who have blocked his efforts to get a permit to build the 8,000-square-foot garage, so he could move his truck repair and monofilament recycling businesses in nearby Swanton to his own property.

Officials say Pelkey’s applications have fallen short of the town’s standards, but he thinks they’re biased against him...

Although the structure is visible from a state highway, it is outside of the State Right of Way and not within our jurisdiction,” Jacqui DeMen, a spokeswoman for the agency, told Boston.com in an email. “The structure does not meet the statutory definition of ‘sign’ and thus can’t be regulated under the Vermont Billboard Law.”

Perhaps Pelkey was inspired by a similar sculpture outside the Italian stock exchange in Milan.