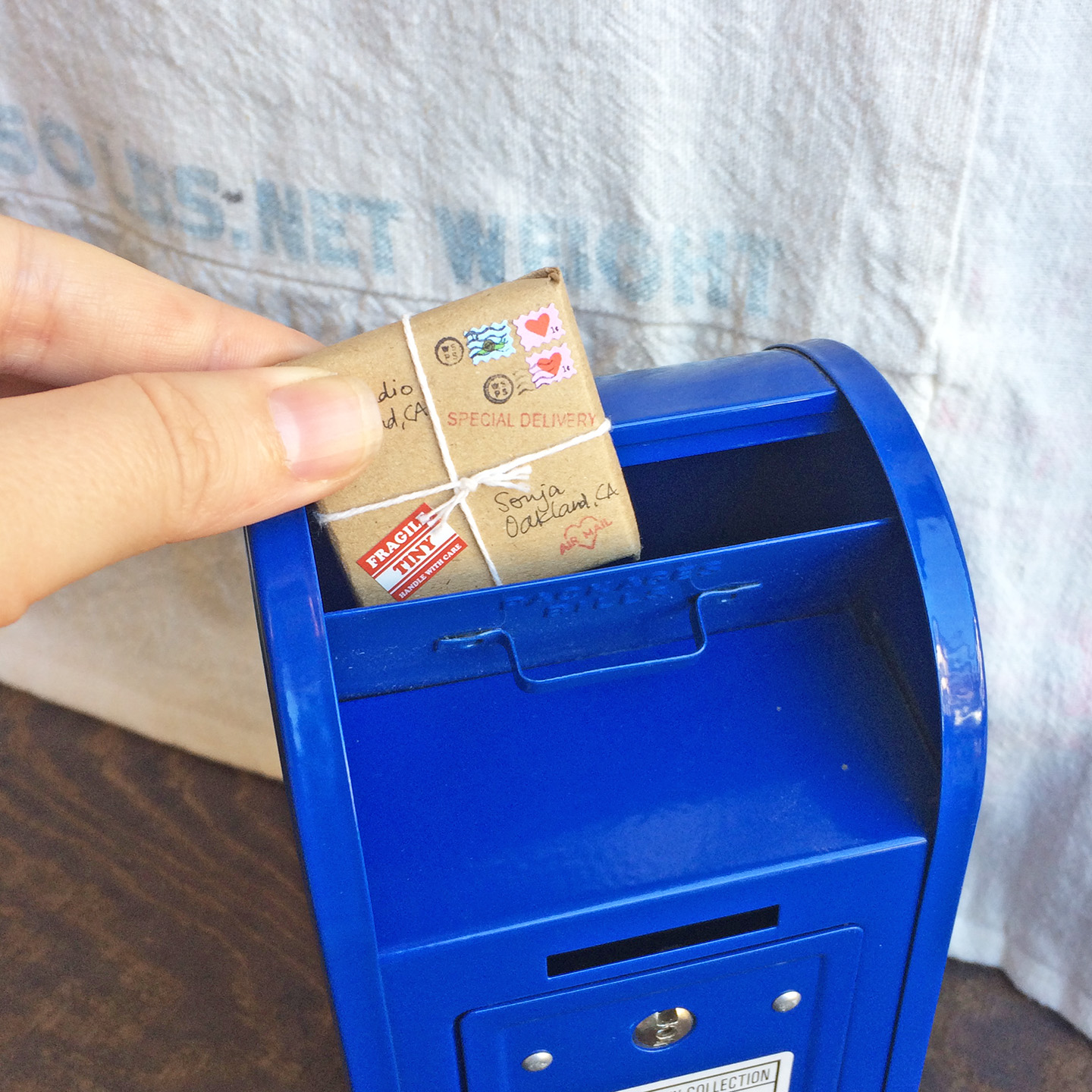 Leafcutter Designs of Oakland, California now has adorable mini metal mailboxes ($18 each) made to stuff full of their tiny letters and packages. Wee key included. You may already know that Leafcutter's founder Lea Redmond is behind the popular World's Smallest Post Service.

This mailbox “bank” is perfect for sending tiny mail within your household, or for use as a keepsake box. Children and adults alike can have fun redistributing tiny mail by way of this super cute, sturdy collection box.