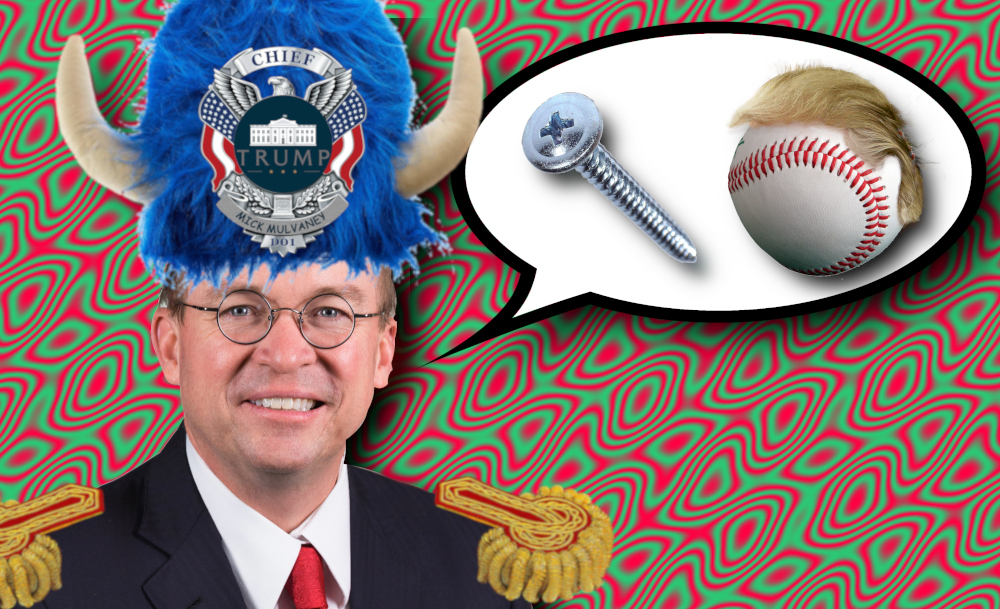 Mick Mulvaney (previously) is a terrible human being -- as Trump's head for the financial watchdog, he's gutted the agency and allowed crooked lenders and dirty banks to get away with ripping off Americans -- so he knows one when he sees one.

Back when Mulvaney was running for a South Carolina Congressional seat in 2016, Mulvaney explained why he was supporting Trump: "Yes, I am supporting Donald Trump, but I’m doing so despite the fact that I think he’s a terrible human being."

Mulvaney has been named Trump's acting Chief of Staff, standing in for John Kelly.

Mulvaney is far from the first person in the administration to openly criticize Trump before signing on for a job in his administration, but he is certainly one of the most high-ranking.

During the 2016 Republican presidential primary, Trump opponent Rick Perry called the future president’s campaign a “cancer on conservatism.” Perry now serves as President Trump’s Secretary of Energy. Before Kellyanne Conway became Trump’s 2016 campaign manager during the homestretch of the race, Conway had publicly criticized candidate Trump for refusing to release his tax returns and for his “vulgar” rhetoric. Conway currently serves as one of Trump’s most ardent defenders and as his White House counselor.

Even if Mulvaney had never uttered a critical word about Trump, the chances he would last long in a chief of staff post would have likely been slim regardless. Two knowledgeable sources told The Daily Beast on Friday that Mulvaney has indicated in recent weeks that he definitely would not want the chief of staff position beyond a temporary, interim assignment.