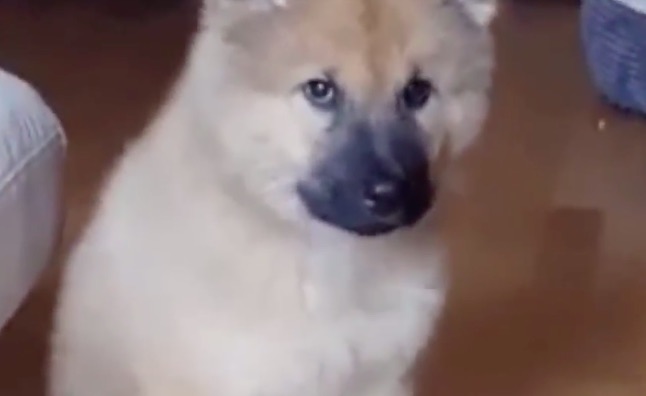 This may be a potty dance, but it's the most adorable potty dance ever.

This is a very good dog.

And here's a more upstream original version, no cropping.