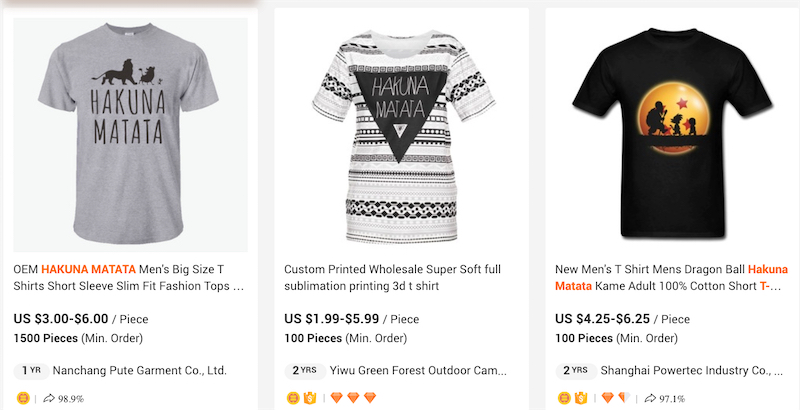 (image: a selection of goods from Alibaba.com)