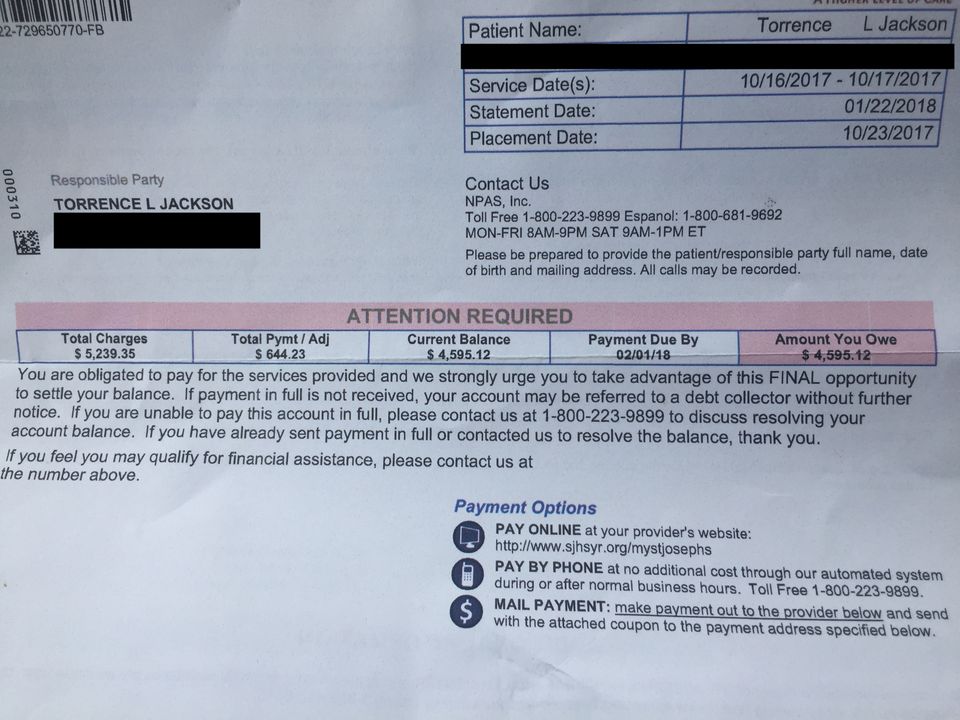 In October 2017, Syracuse cops arrested Torrence Jackson with a small amount of marijuana and accused him of hiding drugs in his rectum (the officers say they saw him shift in his seat and concluded that he'd put drugs up his butt). They took him to St Joseph's Hospital where he was nonconsensually X-rayed; when that revealed no drugs, officers told doctors to force sedation on Jackson and then put a tube and camera up his rectum.

Two doctors refused to perform the procedure, but eventually Jackson was drugged unconscious and anally violated.

No drugs were found.

After Jackson was released, St Joseph's hospital billed him $4,595.12 for the procedures.

Jackson says he will not pay the bill. St Joseph's has threatened to send collection agents against him.

Keller, the lawyer, defended his client’s resistance to the procedure.

“Good for him,” he said. “If somebody was going to do surgery on me without any evidence, I would be upset, too.”

Jackson said he woke up, not sure what had happened. “I felt tampered with,” he said.

Jackson was released from jail the following day. There was blood in his underwear, he said. He went to the emergency room at Community General Hospital.

There, he said, an emergency room examined him and told him what happened: Someone had probed his colon.

Syracuse cops push St. Joe’s to probe man’s rectum for drugs; ‘What country are we living in?’ [Douglass Dowty/Syracuse.com]