For Sale: (1) Santa in Carbonite 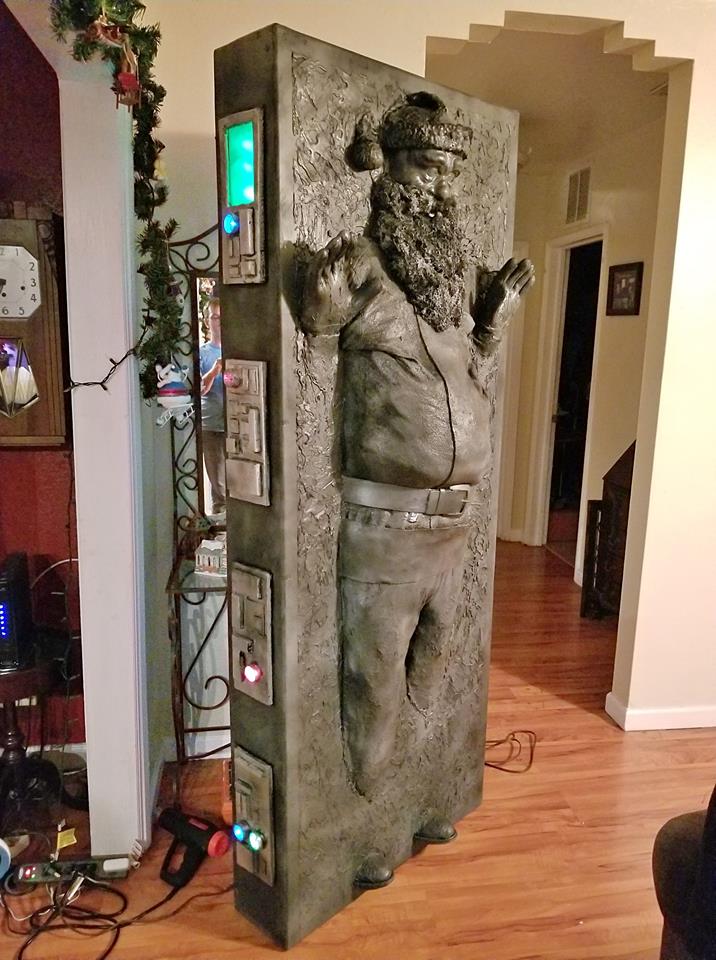 John Eldredge of St. Petersburg, Florida writes in a Facebook Marketplace listing that he made this lifesize Santa in Carbonite for a sci-fi Christmas party. But the party's over and Santa must go. $200.

Light settings are adjustable to flash at different speeds or not at all. Made with wood, clothes and a lot of hot glue! It's basically a craft and not a precision model, but looks cool. Side panels are made with cosplay foam. Unit is pretty light and stands about 6.5 ft. tall.