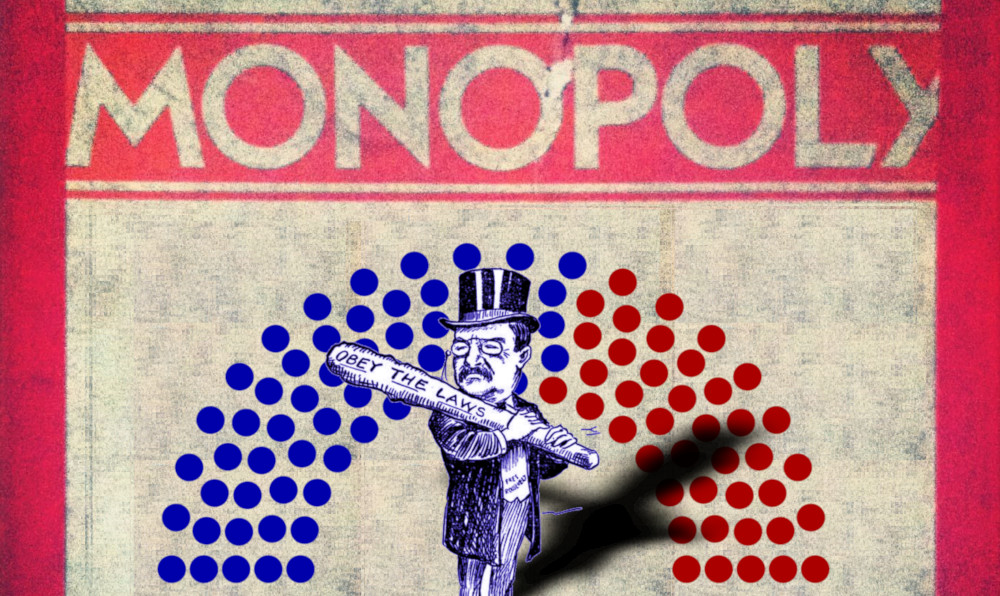 Ronald Reagan may be sainted by the right, but 2018 was the year conservatives broke with his slavish, simpleminded adherence to the Chicago School antitrust theory that says that governments should only regulate monopolies when they give rise to higher consumer prices -- it's also the year the right realized that extreme market concentration in the tech sector could lead to a future in which conspiracy theorists, Nazis, "white identity enthusiasts," and crank misogynists might find themselves with nowhere to talk and be heard by others.

Now, to be fair to the right, it wasn't that long ago that Democrats were also cheerleading for Chicago-style antitrust (they were also singing Ronald Reagan's praises) (ffs); but the party's left has put the focus on competitive markets again, and not a minute too soon.

Today, American politicians on both sides of the aisle say they want trustbusting to go back into the US government's arsenal. Matt Stoller has a bunch of practical advice for how they can proceed: direct the DOJ to enforce the Sherman Act; pass laws blocking anticompetitive mergers; use select committees to investigate and expose rigged markets from Amazon's predatory private labels to collusion in the meatpacking industry to seed company and airline and rail monopolies, as well as wage-rigging and the explosive growth of noncompetes in every sector. And of course, Congress could start breaking up the giants, from Facebook, Apple, Amazon and Google to the airlines, phone companies and ISPs.

To begin, Congress could make mergers much harder to complete. Right now, to stop a merger, the government has to prove that it would “substantially” reduce competition. The burden of proof, especially in a concentrated market, should instead fall to the corporation seeking to buy a competitor. Similarly, any merger that offers an executive a golden parachute (like the $70 million Aetna’s CEO Mark Bertolini got for selling his company to CVS, or the $33 million Monsanto’s CEO Hugh Grant received when he sold his company to Bayer) could be made harder.

Congress has another key tool: oversight. Legislators could explore Amazon’s model of eliminating competition by pricing goods at below cost, and its practice of manipulating its marketplace to prioritize its own private-label products. Congress could look into the economy of rural America, focusing on meatpackers, seed giants, and transportation giants. Legis­lators could investigate collusion and wage suppression in labor markets through noncompete clauses and unfair contractual arrangements such as arbitration clauses.

Congress also has a say in how the law is enforced. It could give federal funds not to the two deeply compromised institutions that are supposed to enforce antitrust law, but to state attorneys general, who have already proved they can bring cases. (It was, for instance, Iowa Attorney General Tom Miller and a coalition of state enforcers who first brought antitrust charges against Microsoft in the 1990s.)

The boldest solution would be for Congress to begin restructuring industries directly. Historically, the federal government has often intervened when an industry became too concentrated, its leaders wielding undue power in the market. In the 1930s, Congress broke up banks, electric utilities, and aerospace companies. Within the last five years, financial regulators essentially forced General Electric to sell off its financial services arm, and the Federal Reserve, encouraged by Senator Sherrod Brown, pressured banks to divest their commodities-trading operations.