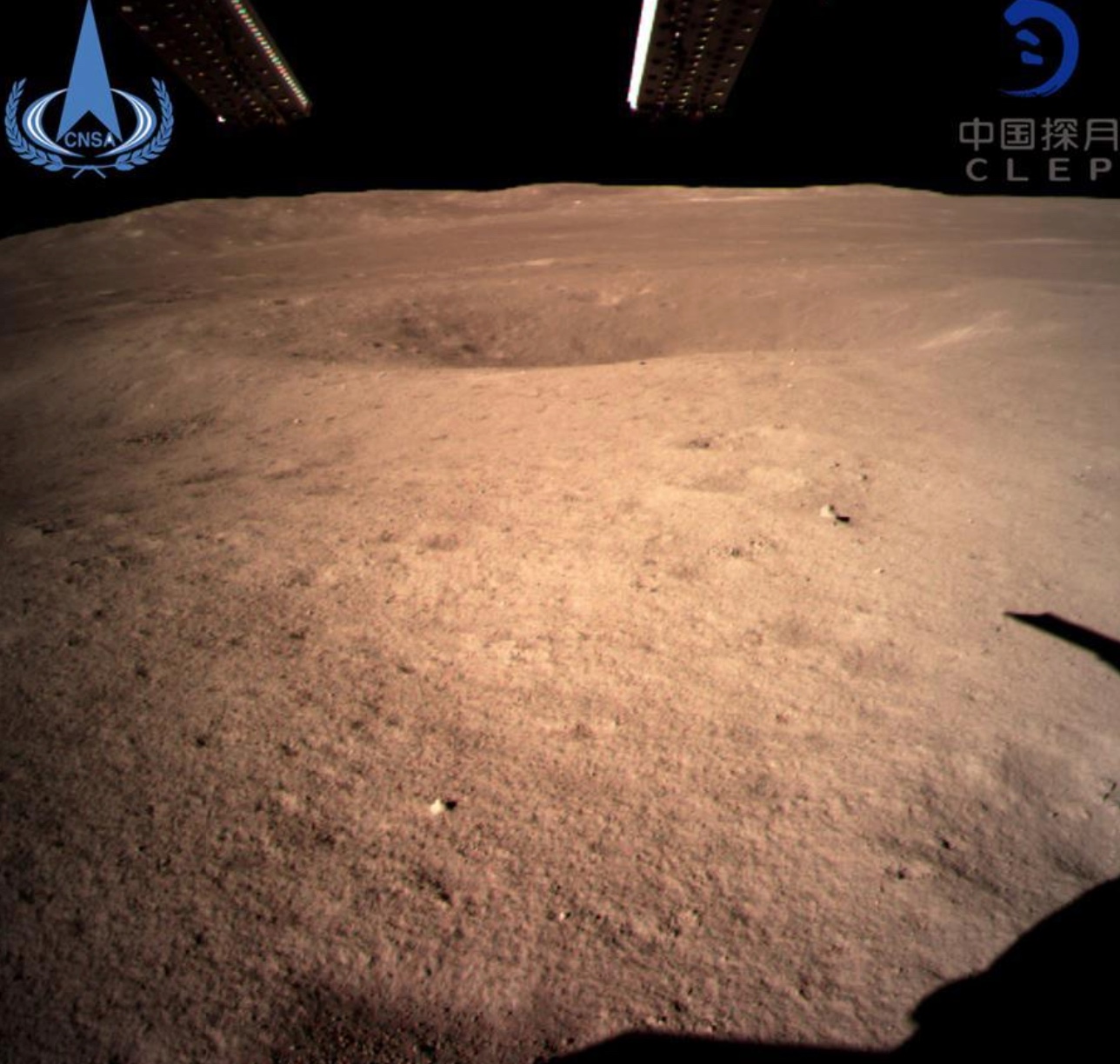 Earlier today, the China National Space Administration's Chang'e 4 landed a rover on the far side of the moon for the first time. Blocked from direct communication with the Earth, the lander and rover will depend on China's Queqiao communication satellite launched in May. From the New York Times:

“This is a major achievement technically and symbolically,” said Namrata Goswami, an independent analyst who wrote about space for the Defense Department’s Minerva Research Institute. “China views this landing as just a steppingstone, as it also views its future manned lunar landing, since its long-term goal is to colonize the moon and use it as a vast supply of energy.”

The place the probe is exploring, Dr. Goswami said, could become a future refueling base for missions deeper into space in the way “navies viewed coaling stations, for purposes of refueling and resupply.”

The instruments aboard the lander and the rover include cameras, ground-penetrating radar and spectrometers to help identify the composition of the area, which was formed by a meteorite. Scientists hope the rocks and dirt in the area will add to the understanding of the moon’s geology.

The lander will also conduct a biology experiment to see if plant seeds will germinate and silkworm eggs will hatch in the moon’s low gravity.