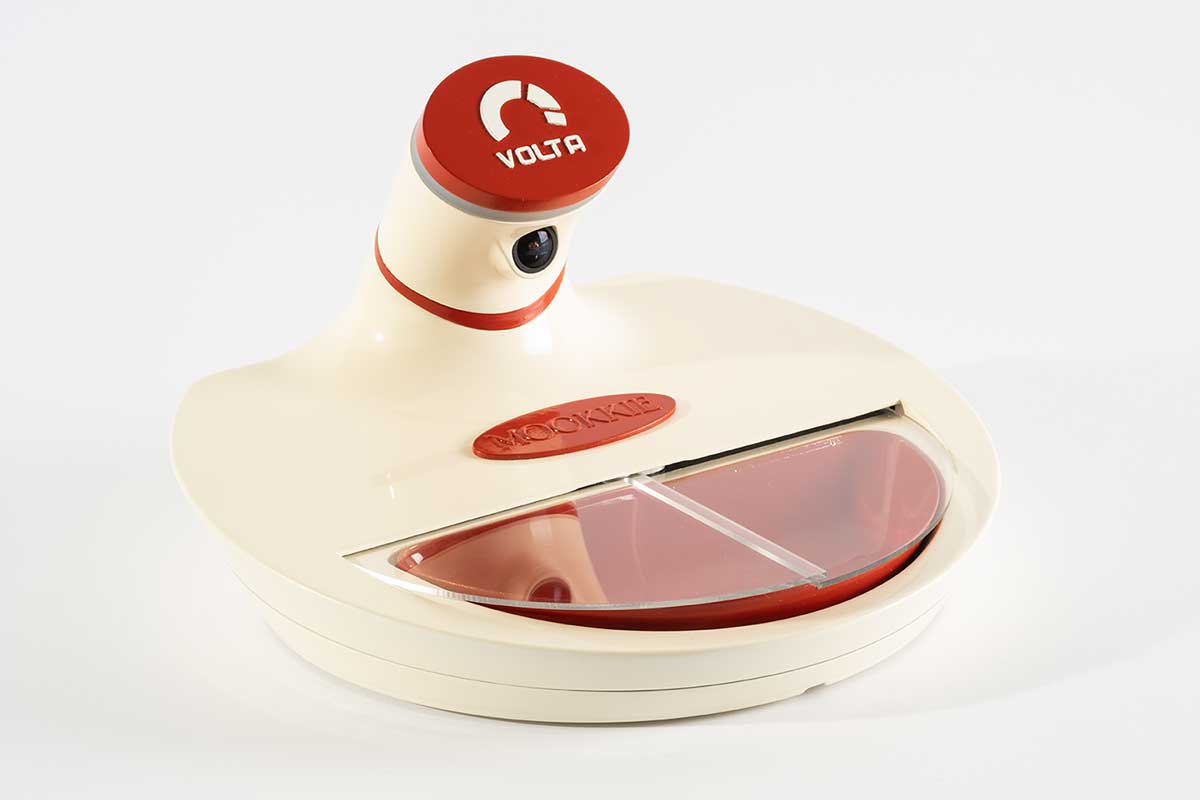 Mookkie is a pet bowl with built-in AI and a fisheye lens that keeps a close watch on your pets' dietary habits, and will generate detailed reports on how much food they are eating. It will close up if pet is eating too much or if a wild animal tries to eat the food.

Mookkie connects to a local network over Wi-Fi, and communicates with a smartphone companion app to notify you (or send a short video) when doggo’s about to munch. And like so many other “smart” products on the market these days, the AI-driven pet bowl works with voice assistants like the Google Assistant and Alexa. A series of simple commands is all you need to control the feed bowl’s latch, get the skinny on served meals, and order food when it’s running low.

CEO Silvio Revelli says that Volta is targeting a $189 price point, and expects the AI-powered pet bowl to go on sale by the end of 2019 on the official Mookkie website. The plan is to let owners customize the colors and engrave their pet’s name.