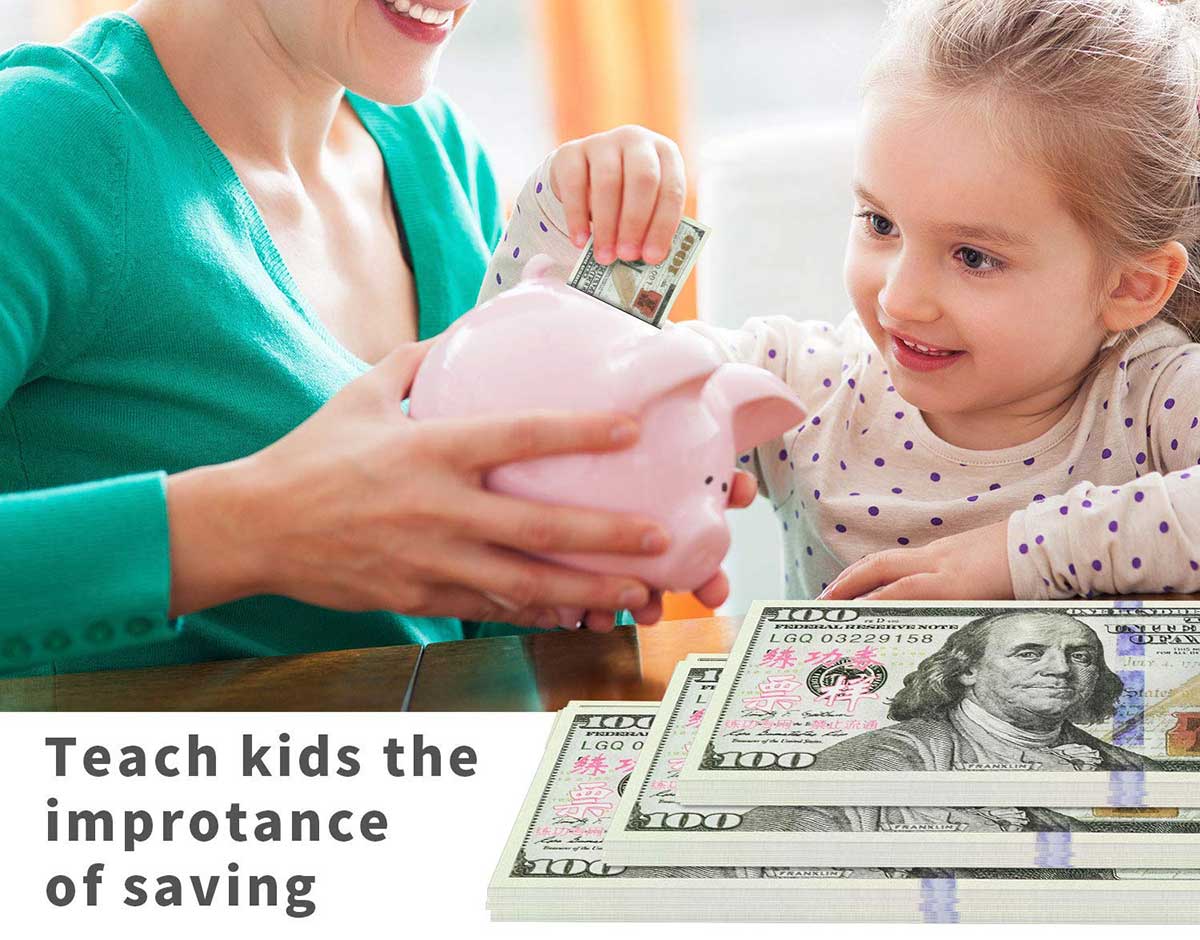 There is no better way to teach kids the improtance of saving than by having them stick fake $100 bills into a piggy bank.

Is Our Children Learning