Ahead of new Star Wars land, Disneyland raises pass prices by up to 25% 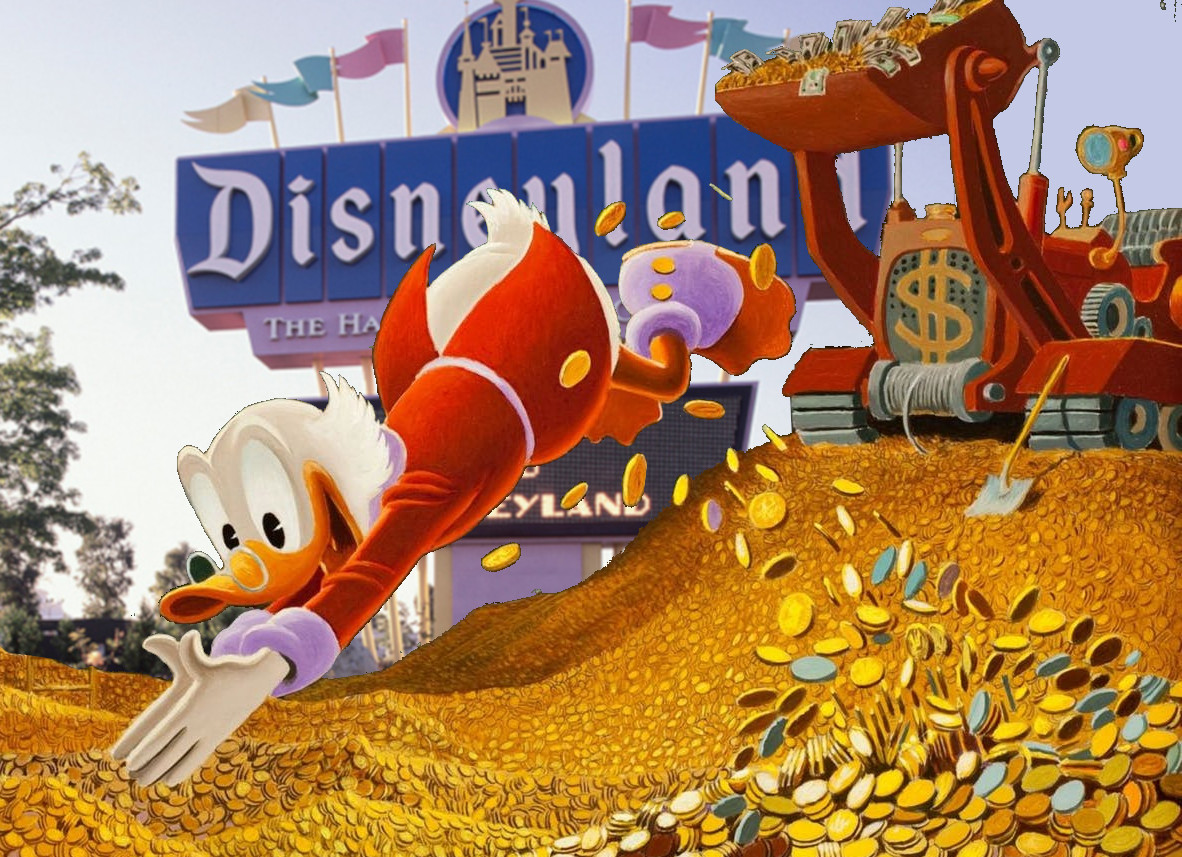 For years, Disneyland annual passes, parking fees and single-day-tickets have seen above-inflation price-hikes, but this year's will take the cost of the no-blackout-day "Premier Pass" (good for Disneyland and Walt Disney World, in Florida) to $1,949, up 23.4% from last year, a firm push away from the idea of Disneyland as a "locals park" for casual visits and into the kind of place that most local families could only visit on very special occasions.

It's not just Premier Passes, either: parking (which was recently segmented into a "premium" and "basic" service with additional fees for good parking spots) is going up 25%, to $25/day. Maxpass, which uses an app to reserve places in line, will go up 50%, from $10/day/person to $15/day/person.

The cheapest one-day tickets will spike to over $100, and Disney will continue to use "surge pricing" to raise the cost of these tickets on some days.

The Southern California pass -- which already excludes most days when a family could hope to visit the parks -- is going up 8.1%, to $400, with blocked days rising from 202 days/year to 211 days/year.

This summer will see the largest expansion in Disney theme park history, when the $1B Star Wars: Galaxy's Edge opens.

Disneyland is locked in a battle with congestion, and has tried (and failed) to manage crowds with higher prices, and the parks continue to weather a palpable capacity crisis. There are lots of causes here: winner-take-all (see also: Burning Man, SDCC, etc); inequality; and the boomerang effect of higher ticket-prices, which induce visitors to spend longer in the park "to get their money's worth."

The increases, which took effect Sunday, come less than a year after the resort adopted price hikes of up to 18%. Under the latest increases, the cheapest daily ticket will be more than $100. Daily parking prices are rising to $25 from $20 — a 25% increase.

Disneyland’s annual ritual of charging more is partly aimed at crowd control, although price hikes in the last few years have not diminished the throngs at Disneyland and its neighboring California Adventure Park.

Disneyland Resort tickets and parking prices are going up again, as much as 25% [Hugo Martin/LA Times]