A Calvinesque and Hobbesian look at the Border Wall 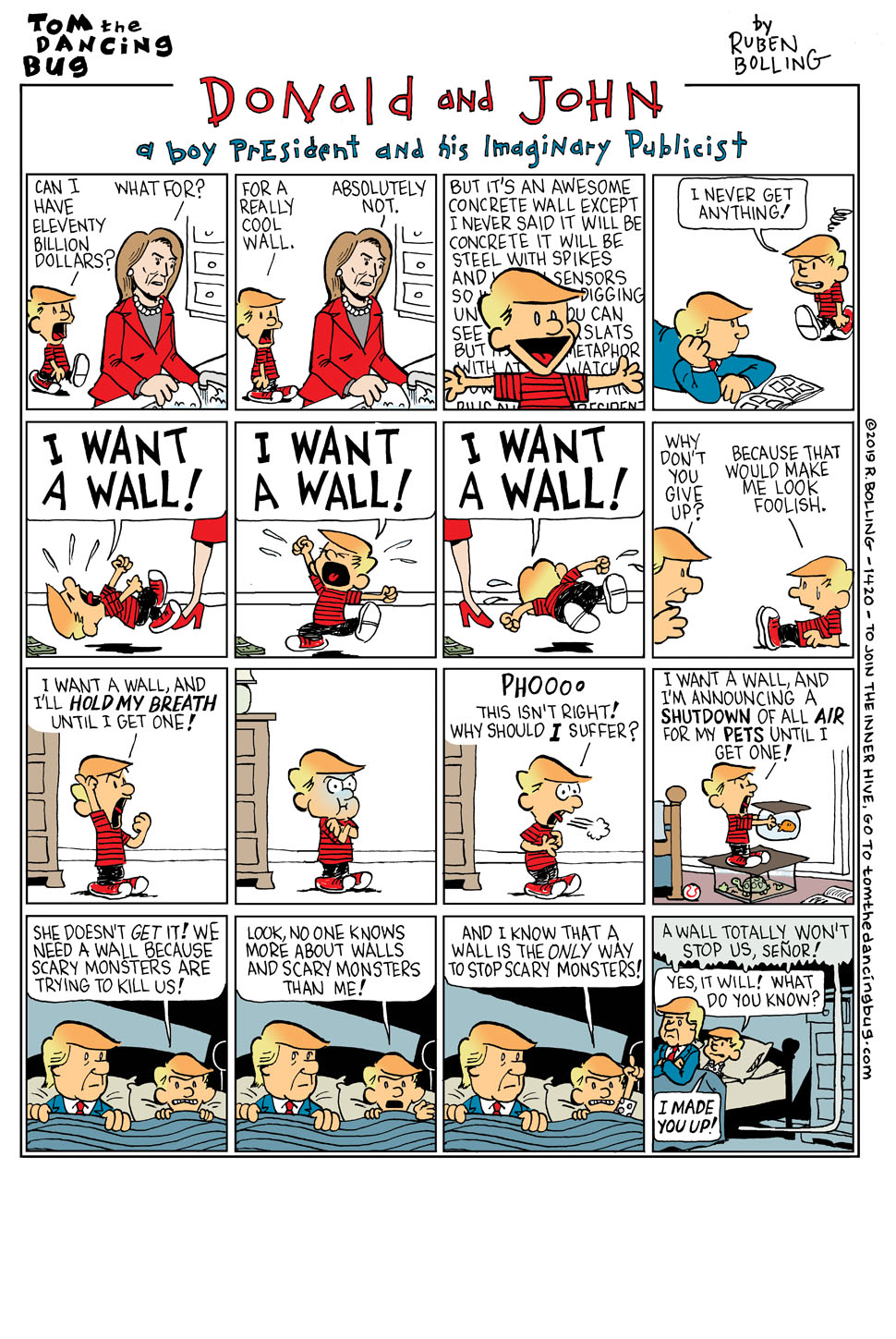 Tom the Dancing Bug, IN WHICH little Donald really, really wants a wall.