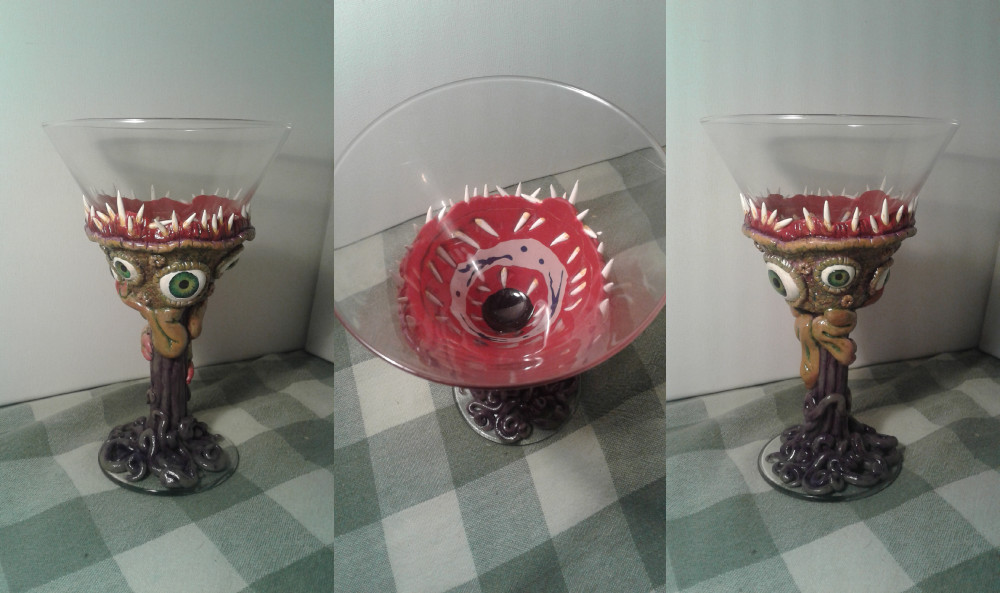 Etsy seller Timothy "Cthuluforyou" Kostelnik sells a wide variety of tentacle- and eyeball-themed housewares, but few match his $38 mutantini glass for sheer encrustation with pseudopods, viscera and staring, disembodied eyes; it makes a hell of a sludgabilly accessory. (via Creepbay)

Wendy Liu grew up deeply enmeshed in technology, writing code for free/open source projects and devouring books by tech luminaries extolling the virtues of running tech startups; after turning down a job offer from Google, Liu helped found an ad-tech company and moved from Montreal to New York City to take her startup to an incubator. As she worked herself into exhaustion to build her product, she had a conversion experience, realizing that she was devoting her life to using tech to extract wealth and agency from others, rather than empowering them. This kicked off a journey that Liu documents in her new book, Abolish Silicon Valley: How to Liberate Technology from Capitalism, a memoir manifesto that's not just charming — it's inspiring.

Matt Ruff is one of science fiction and fantasy's most consistently brilliant and innovative authors, whose recent work includes The Mirage (an incredible alternate history in which the Global War on Terror is kicked off when Christian crusaders from the blighted, tribal USA fly a plane into the United States of Arabia's Twin Towers in Dubai, giving the hawkish CIA chief Osama bin Laden the chance to launch the all-out war he's been champing for), and Lovecraft Country (an anti-racist reimagining of Cthulhu set in Jim Crow America where the real horror is white supremacy — now being adapted for TV by Jordan Peele). In his new novel, 88 Names, Ruff adds to the canon of MMORPG heist novels (Charlie Stross's Rule 34, Neal Stephenson's Reamde, and my For the Win, to name three) with a unique take that he dubbed "Snow Crash meets The King and I."