A ratcheting screwdriver set for working in tight spots 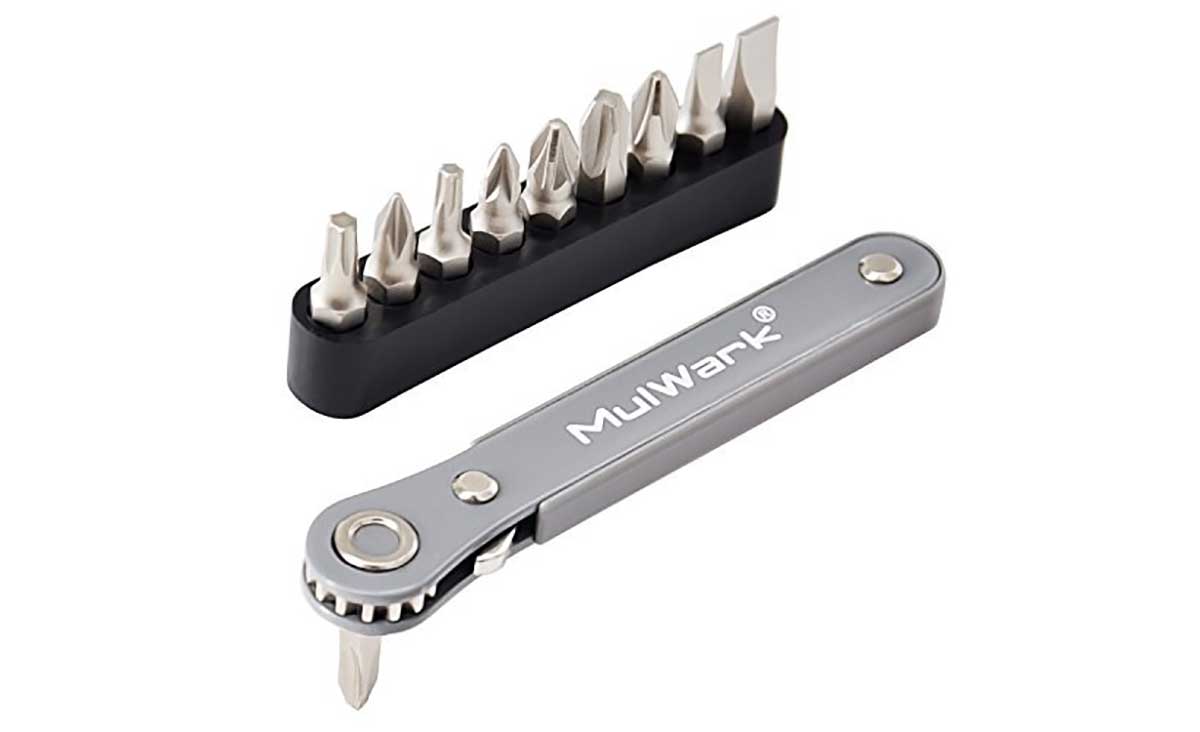 This screwdriver set comes in handy when you need to tighten or loosen a screw and a regular long handle screwdriver won't fit. The ratchet mechanism means you can quickly attach or remove a screw without having to lift and reset the driver into the screw head with every turn.