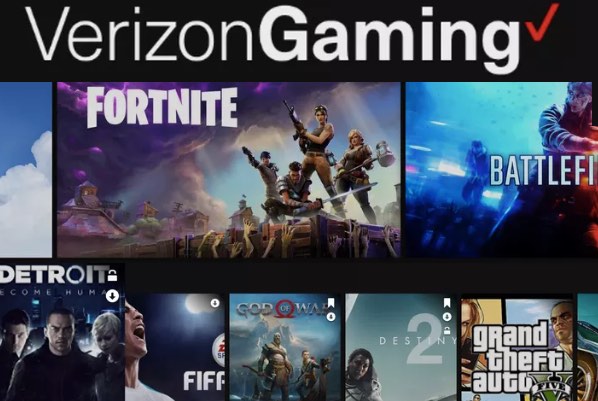 'Verizon Gaming' is coming soon to Android, and a beta is already running on the Nvidia Shield, per a report from Chris Welch at Verge.

“The Verge can report that Verizon Gaming is already up and running on the Nvidia Shield set-top box and will, according to the company’s documentation, eventually make its way to Android smartphones,” Chris writes:

The Verizon Gaming app comes pre-installed on the Shield device, and Verizon will also be distributing it to testers privately through Google Play later this month. This initial trial run is schedule to wrap up at the end of January, according to emails seen by The Verge.

Screenshots of Verizon Gaming show titles including Fortnite, Red Dead Redemption 2, God of War, Battlefield V, and Destiny 2. That would be an unbelievable collection of games if accurate — God of War is a PlayStation 4 exclusive and Red Dead Redemption 2 doesn’t yet have a PC port — but it’s likely that some or all of those shown are placeholders.

Indeed, in response to a few complaints from testers over lag and a poor early experience, Verizon says that it’s currently focused on getting the fundamentals right before worrying about game selection. “This trial is primarily focused on performance,” the Verizon Gaming team recently wrote in an email to participants. “At a later date, when we advance the product, our library will consist of most or all of the top games you are familiar with — but at this early stage we’re working on the engine and its parts.”