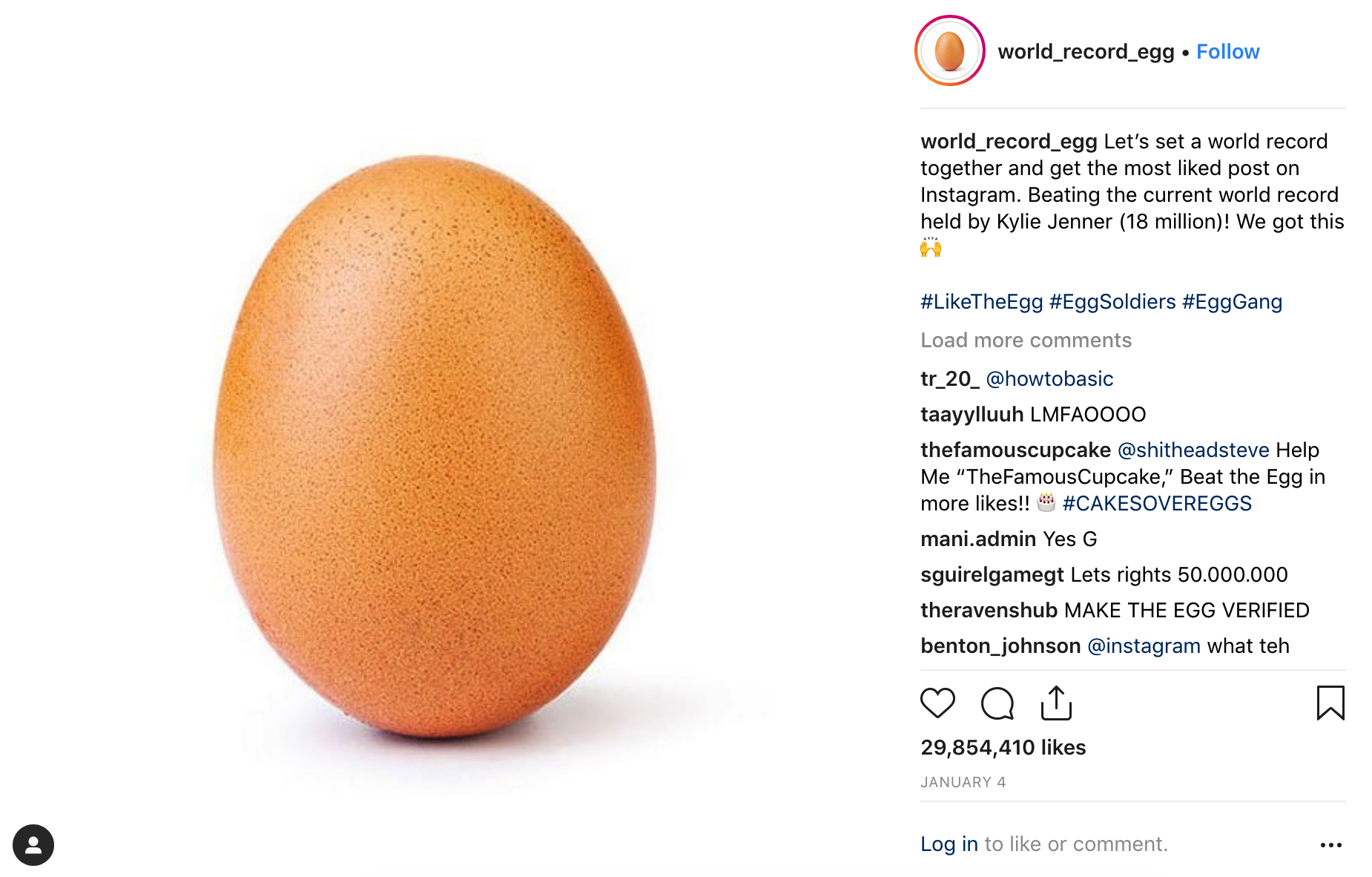 The campaign started off slowly, with under 10,000 likes by Tuesday. Then, the egg gained momentum. The anonymous person behind it said they were still trying to work out how, exactly, the egg achieved its dream. The egg’s Instagram story also contains a brief statement.

“This is madness, What a time to be alive.” The Egg Gang also promises this isn’t the last you will hear of Egg.