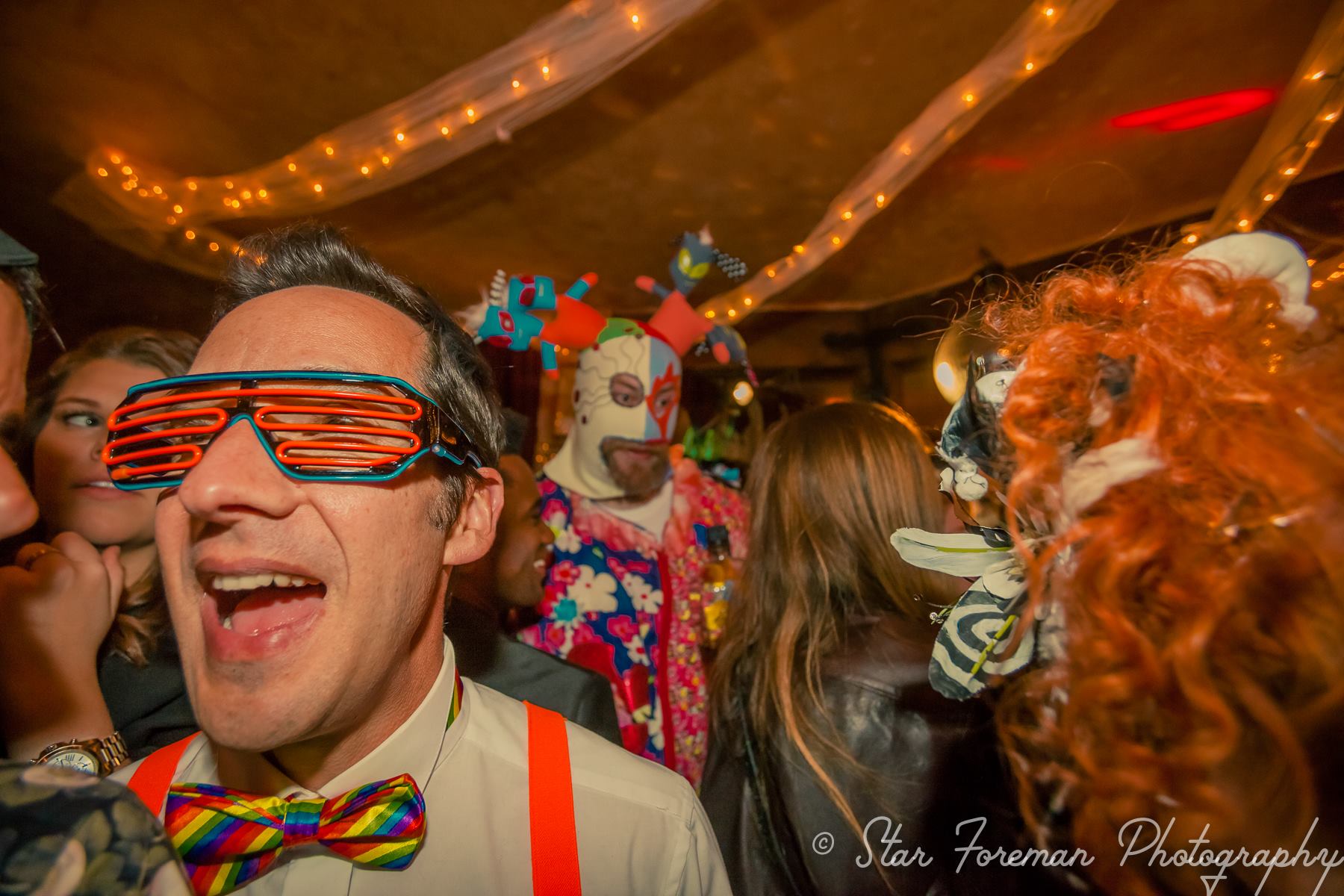 This year I missed the party, but as usual stellar photographer Star Foreman captured an amazing gallery of images!

From their castle atop the Hollywood Hills several hundred revelers enjoy stellar 270 degree views of the city...

Netflix Lemony Snicket's A Series of Unfortunate Events actor Matty Cardarople and his wife, are shown the circus themed decor by castmate and hostess Bonnie Morgan.

The crowd gathers at midnight.

Gary and Susie, the King and Queen of Laurel Canyon.

The Morgan's party is the best place to ring in the new year. If you are in Los Angeles and need a photographer, for events or headshots, I highly recommend Star Foreman.